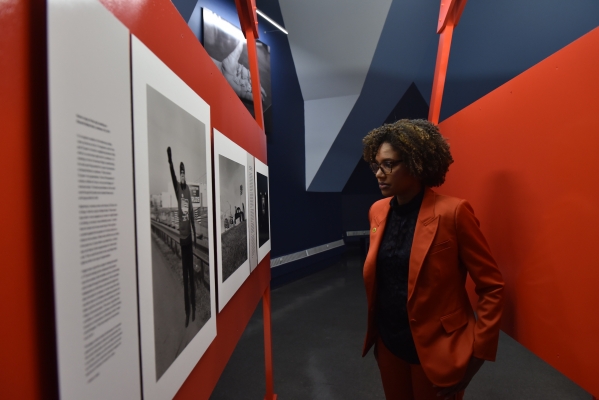 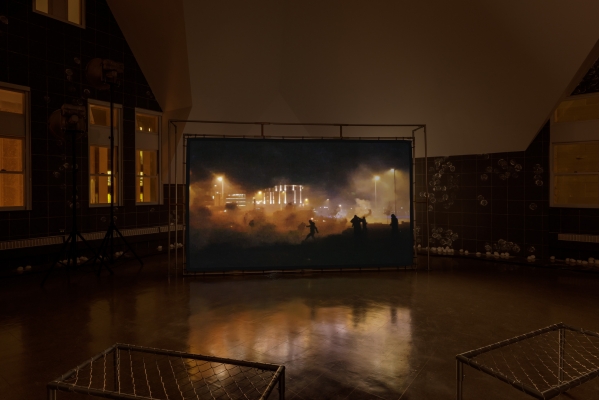 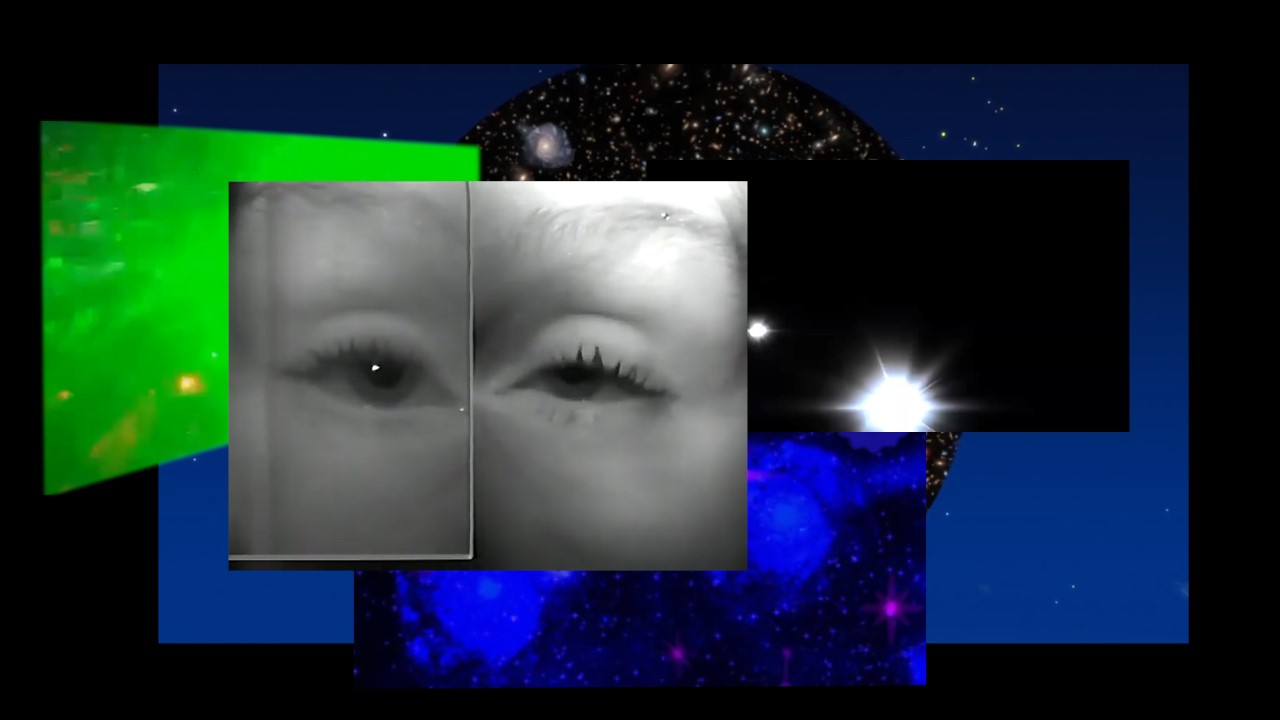 Haig Aivazian, video still from All of Your Stars Are but Dust on My Shoes, 2021.

Videos screen at 11am, 1pm, and 4pm CST on Renaissance TV

For All of the Lights, Haig Aivazian presents an immersive installation made up of a trio of works, including two videos: the newly-commissioned All of Your Stars Are but Dust on My Shoes (2021, 17m 30s) and Prometheus (2019, 22m 45s). On Saturday of the exhibition’s closing weekend, this pair of video works will screen on Renaissance TV three times throughout the day, at 11am, 1pm, and 4pm CST.

A discussion between Aivazian and two scholars from the University of Chicago, Joseph Masco, Professor of Anthropology, and Lisa Wedeen, the Mary R. Morton Professor of Political Science, moderated by curator Karsten Lund, rounds out the day’s programming at 2pm. Click here for more information.

Commissioned as part of the Consortium Commissions, an initiative of Mophradat, All of Your Stars Are but Dust on My Shoes (2021) tracks the public administration of light and darkness as an essential policing tool. The video moves between cities like New York and Paris, with the artist’s native Beirut setting the central pulse. Creating an associative genealogy that moves from whale oil lamps to gas lanterns to LED bulbs, from blackouts to curfews, the video is comprised of found footage and material from the artist’s own phone. Layering, splicing, and confronting disparate kinds of sound and image, the artist generates a sensorial meditation on how the fundamentals of human vision—light hitting the retina—were mechanized into tools that capture our movements, be it in everyday life or on screen.

In Prometheus (2019), fire is the main trans-historical motor, as it observes two paradigm shifts in American hard and soft power: the United States’ assault on Iraq in 1990 and the gold-medal-winning “Dream Team” of the 1992 Olympics, populated by NBA superstars. In an agile flow of found footage, Aivazian streams and cuts between ancient fires, resource extraction, and technological warfare—following a fire only momentarily contained, only partially domesticated, but repeatedly mobilized, since its theft from the heights of Mount Olympus, to its unleashing on the oil fields of Kuwait. 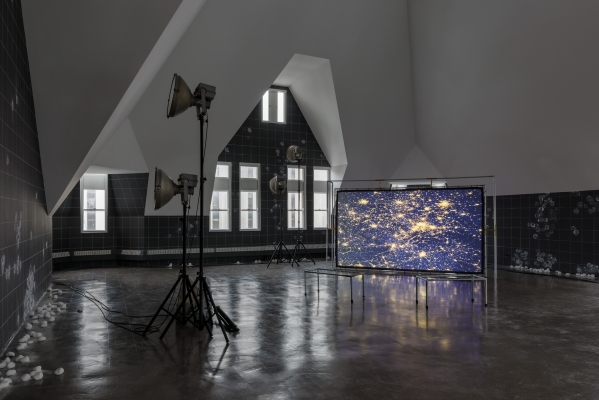