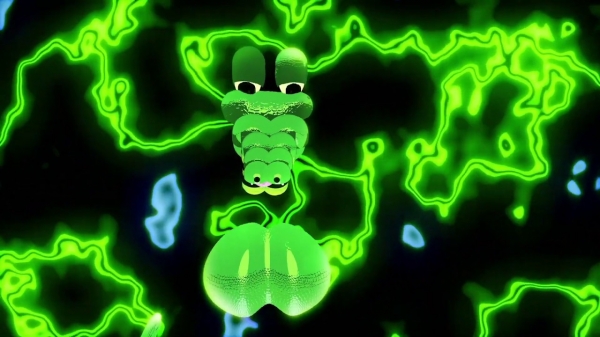 Slavs and Tatars: I Utter Other 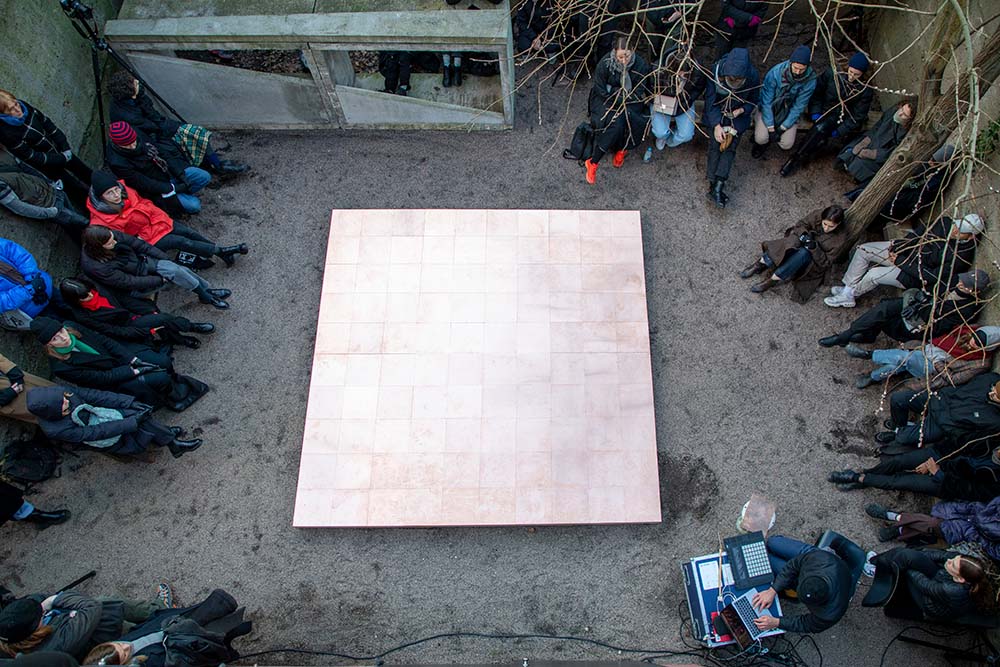 (with Zachary Nicol and Ariel Zetina)

Joe Namy’s live projects and exhibitions focus on the social constructs of music and organized sound. For this new work, Disguise as Dancefloor, the Beirut and London-based artist has invited a number of different collaborators to join him “on the dance floor” at the Renaissance Society on one of two consecutive days of improvised performance—each of which will have a different staging and sonic texture.

Disguise as Dancefloor reflects a confluence of influences: the wide range of experiences that can unfold on the dance floor, the subversive politics of bass, and the effects of sound on the body, including healing properties and other alchemical resonances.

At the center of the project, both spatially and figuratively, is a custom dance floor made of copper tiles. Copper is a material that transmits sound and bears a visible trace of every bare foot or hand that touches it, but it’s also a material that has been embraced over time, in various cultures, for its healing effects.

Namy thinks of this copper dance floor as “a super-charged platform.” In this respect, it becomes a physical foundation on which someone can stand or move, and a surface that visibly reveals its own history, but also a shared space that is meant to be activated, a proposal that others can make their own.

By design, Namy’s project is intended be presented repeatedly in different settings. (The Renaissance Society is the second iteration, following one at Portikus in Frankfurt, Germany in February 2022.) In each location, new collaborators from different backgrounds are invited to understand and embody the project in their own ways. At the Renaissance Society, he will be joined by different groups of artists for two weekend performances, lending each evening its own distinct musical palette and feel:

“In my practice,” Namy says, “I set out to embrace the unknowns or the magic that occurs when you can’t plan for everything. I use certain parameters or sparse rules of engagement—like the platform itself in this case, which is just a bunch of copper tiles—but you can create many things from that. A kind of trust is key.”

Everyone attending the performances at the Renaissance Society will be offered a small print publication to take home, which gathers insights from some of Namy’s collaborators including Uzma Z. Rizvi, Malak Helmy, Taylor LeMelle, Jaime Llopis, and Brian Kuan Wood in conversation with Xper.Xr. This “score in the form of a book,” as Namy describes it, further explores the project’s underlying ideas, such as the resonance and bodily effects of copper, the connections between clubbing and art, and research into specific frequencies.

Soundsystem by Bless This Mess.

This iteration of Intermissions is part of the Consortium Commissions, an initiative of Mophradat, which builds a network of partner museums to produce new works, and it was also staged at Portikus in Frankfurt, Germany, in February 2022.

Capacity for both dates is limited; walk-ins are welcome as space allows, but advance registration is highly encouraged for all attendees.

Joe Namy is an artist and educator, often working collaboratively across performance, sculpture, photography, text, and video. Their projects often focus on the social constructs of music and organized sound, such as the pageantry and politics of opera, the noise laws and gender dynamics of bass, the colors and tones of militarization, the migration patterns of instruments and songs, and the complexities of translation in all this - from language to language, from score to sound, from drum to dance.

Norman W. Long’s practice involves walking, listening, improvising, performing, recording and composing to create environments and situations in which he and the audience are engaged in dialogues about memory, place, ecology, culture, race, value, silence and the invisible. Norman performed and toured with Angel Bat Dawid and the Brothahood, and has performed with Damon Locks, Peter Maunu, Tatsuya Nakatani, Carol Gennetti, Sara Zalek, Cristal Sabbagh, Dan Bitney, Ali/Harris/Long/McKenna group and Todd Carter. He has released his compositions on Hausu Mountain, Reserve Matinee and Room40 labels. His latest solo release, BLACK BROWN GRAY GREEN was released in September 2021 on Hausu Mountain.

Cristal Sabbagh’s interdisciplinary performance practice, rooted in improvisation and Butoh, walks a line between the everyday, the divine, the personal, and the political. In embodying in her art transformational memories while simultaneously celebrating pop culture and the experimental, she challenges power structures and awakens the viewer’s senses. Working both in a solo capacity and with collaborators, Sabbagh is equally attuned to individual perspectives and collective structures, often through improvised performances. Her practice also extends to material and conceptual explorations in other forms such as ceramics and portraiture.

Ariel Zetina is a Chicago based artist, focusing in music production, deejaying, and writing. Though her music can be considered techno, she takes inspiration from Chicago house, Belizean punta, and the queer club scene worldwide. These influences can be heard on 2020’s “MUAs at the End of the World” EP (Femme Culture); and “Marsh” (self released); 2019’s “Organism” (Majía); “Shell” (Head Charge); and 2017’s “Cyst” (Boukan Records). Her DJs sets have been worldwide. She is a resident at the legendary house club Smartbar, co runs the party/mix series Rumors, and is on Discwoman’s roster. She is also a playwright, and has had her plays staged nationally.