Ordinarily you record a gig and then release the live recording. For this event, C. Spencer Yeh turns the tables (turntable?) and performs his new long-player, Solo Voice I – X, presented here in its entirety.

Solo Voice I – X is Yeh’s first LP focused entirely on the voice. “[His] practice has its most obvious precedents in the sound poetry scene of the ’60s and ’70s—recalling an outlier group like the Four Horsemen, at their most raw and a-verbal, as much as the circles and canons forged around post-Lettrist France—as well as in figures like Joan La Barbara.” (Primary Information, publisher of Solo Voice I – X)

If Yeh used “studio techniques to fold the temporality of performance in on itself,” writes Primary Information of the production process, removing the breaths and letting his vocalizations run together, then here he doubles back, as he performs his edited composition in real time.

C. Spencer Yeh (b. 1975, Taipei, Taiwan) is recognized for his interdisciplinary activities and collaborations as an artist, composer and improviser, and for his music project Burning Star Core. Recent presentations of work include The Companion at the Liverpool Biennial, Modern Mondays at MoMA, In Tones From Light to Dark at Performa 13, Excursus IV at the ICA Philadelphia, Kinomuzeum at Museum of Modern Art in Warsaw, the Pérez Art Museum in Miami FL, Electronic Arts Intermix NYC, the Contemporary Arts Museum Houston TX, and a Jerome Foundation Commission from Roulette Intermedium. Yeh also collaborated with Triple Canopy for their contribution to the Whitney Biennial in 2014. Recent recorded works include Ambient (with Robert Piotrowicz), 1975 (as C. Spencer Yeh), Transitions (as CS Yeh), and Wake Up Awesome, a collaboration with Okkyung Lee and Lasse Marhaug on the Software label. Primary Information published Solo Voice I – X in February 2015.

Yeh also works as a programmer and trailer editor for Spectacle Theater in Brooklyn, and recently co-organized Spectacle’s residency as part of the Museum of Arts and Design’s NYC Makers: A MAD Biennial. Beginning in 2015, his video works will be distributed by Electronic Arts Intermix. He is also a contributing editor of BOMB magazine. Yeh studied film at Northwestern University, lived in Cincinnati for many years, and is now Brooklyn-based.

Presented in partnership with Lampo. 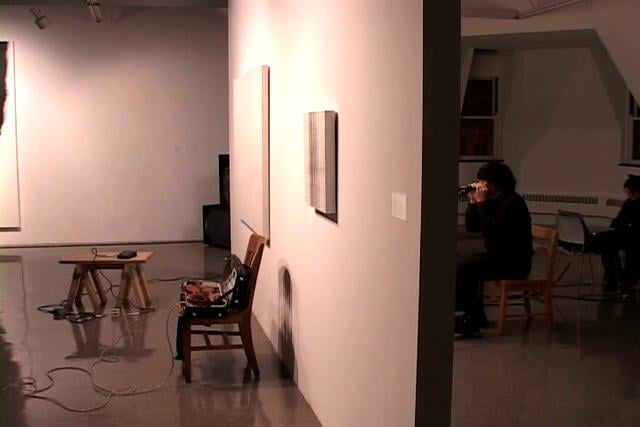