The sculpture Nuclear Energy was unveiled at 3:36 p.m. on December 2, 1967, precisely a quarter-century after scientists at the University of Chicago achieved the first controlled self-sustaining nuclear chain reaction, initiating the atomic age. The 12-foot bronze sculpture stands on the site of the University’s old Stagg Field, where the experiment took place under the leadership of Enrico Fermi. To some, it suggests the shape of the human skull or the atomic mushroom cloud. Henry Moore told a friend, however, that he hoped those viewing it would “go around it, looking out through the open spaces, and that they may have a feeling of being in a cathedral.” 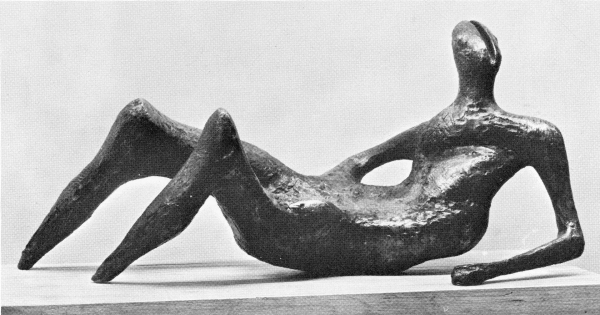