Paul Chan’s current exhibit at the Renaissance Society, My laws are my whores, raises a number of fascinating questions about that space where political engagement, artistic creation, and sex-play meet and mesh. From Chan’s portraits of the Supreme Court justices, to his video sexualizing police searches, to his contention that there exists “an uncanny resemblance of depravity between the chateau of the Marquis de Sade and the prison at Abu Ghraib,” Chan’s artwork challenges us to reexamine the intersection where constitutional law and punishment practices meet sex, vice, and social control. In his lecture, University of Chicago Professor of Law and Criminology Bernard Harcourt will engage Chan’s work in discussion with the Supreme Court’s Lawrence decision decriminalizing homosexual sodomy, Fourth Amendment search practices, the Abner Louima police brutality case, and Giorgio Agamben’s writings on the Guantanamo prison. 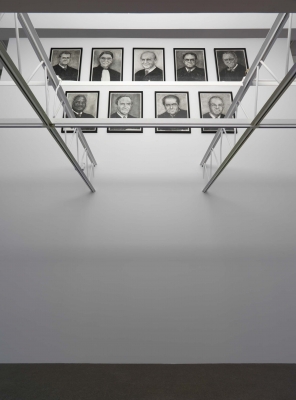