Born in Salem, Massachusetts, poet and playwright Ariana Reines earned a BA from Barnard College, and completed graduate work at both Columbia University and the European Graduate School, where she studied literature, performance, and philosophy.Her books of poetry include The Cow (2006), which won the Alberta Prize from Fence Books; Coeur de Lion (2007); and Mercury (2011).Her poems have been anthologized in Against Expression (2011) and Gurlesque (2010).

Known for her interest in bodily experience, the occult, new media, and the possibilities of the long or book-length form, Reines has been described as “one of the crucial voices of her generation” by Michael Silverblatt on NPR’s Bookworm. At once personal, Romantic, slippery, and extreme, Reines’s poetry investigates and overturns lyric conventions. Of her own work, she admitted in an interview with Giant: “My best writing seems to have to be forced from me by some other force but that force has to be one whose power I agree to serve.”

This reading is presented in cooperation with the Poem Present Reading and Lecture Series at The University of Chicago. 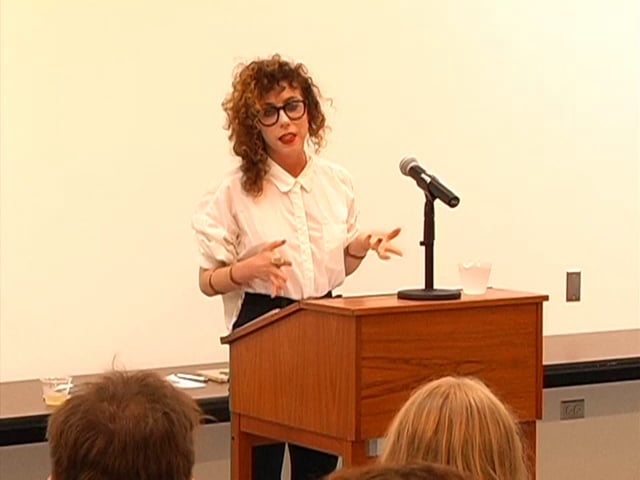