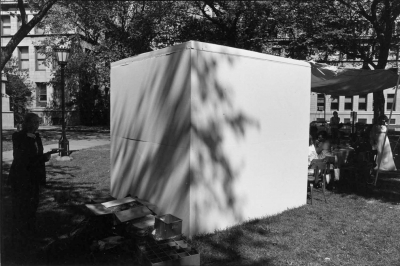 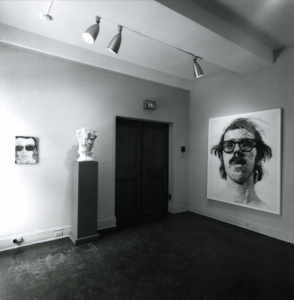 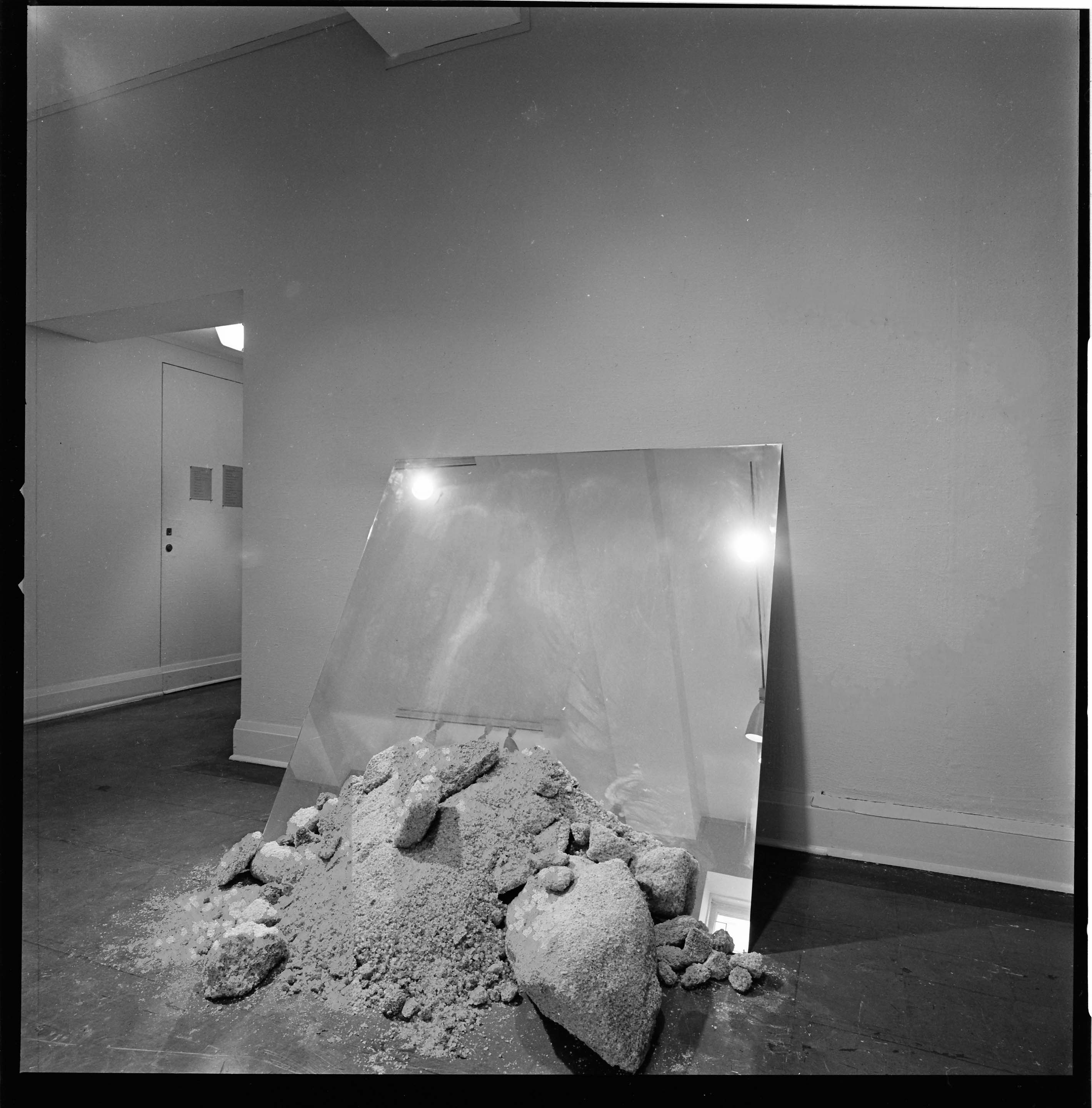 Robert Smithson was a leading practitioner and theorist of earthwork at the time of his premature death in 1973. This exhibit features Mirror Displacement, which Smithson created for the important earthwork show at the Andrew Dickson White Museum of Art, Cornell University in 1969. In Mirror Displacement, the artist explores the concept of “site/non-site,” expressive of Smithson’s statement, “Instead of putting a work of art on some land, some land is put into a work of art.” Mirror Displacement includes: large black and white photographs of mirrors in the tunnels of the Cayuga Rock Salt Company mine (“site”); a geological map of the region coupled with color photographs of the mirrors along the route from the mine to the White Museum (“mirror trail”); and five large-scale mirror and rock salt installations (“non-site”).

A select group of Smithson’s drawings, dating from 1968 to 1972, complements the mirror/salt pieces. In addition, a taped interview with Smithson in 1969 at Cornell University will be played in the Renaissance Society gallery during the exhibition. Smithson’s film documenting the construction of his well known Spiral Jetty will be screened during the exhibition as well.