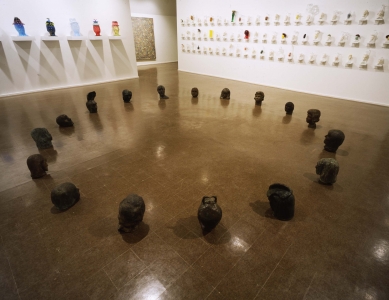 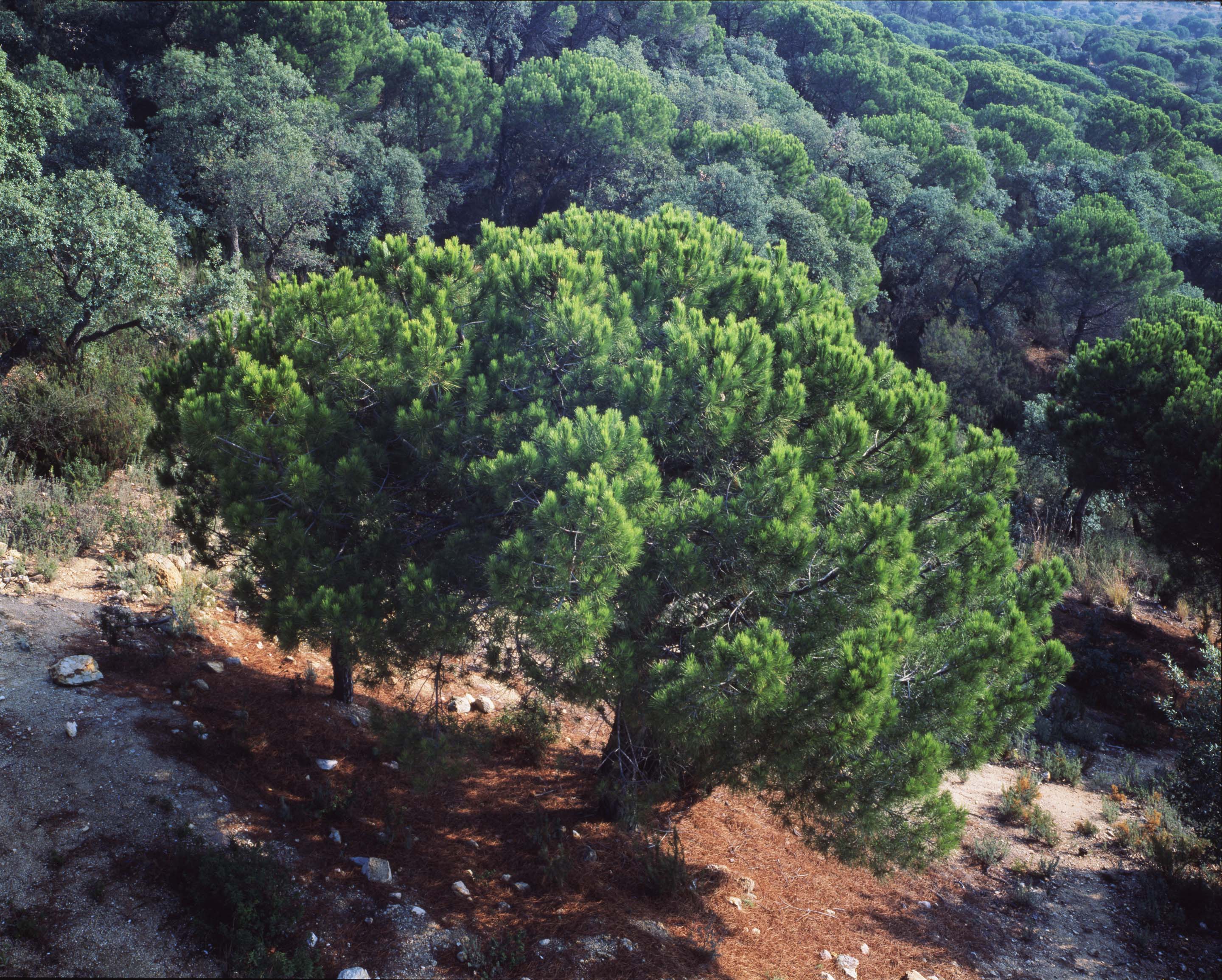 The Renaissance Society presents the United States museum premier of work by French artist Jean-Marc Bustamante. Bustamante’s work is as beautiful to look at as it is diffucult to categorize. He is by turns a photographer, a sculptor, and a designer. His exhibitions are comprised of groupings of these diverse elements that, as a whole, suggest the traditional strategies of site-specific installation. However, Bustamante’s work might be more appropriately described as “site-sensitive”, since each of his artworks are discreet objects that do not change from site to site; only their arrangement within each site changes.

Bustamante’s work begins by convincing us of its basic material properties, and the feeling of “rightness” that his objects’ design and proportions have. His use of processed natural materials (wood, glass, sand, lead-based paint) is underscored by the fact that several of his sculptures are titled “Landscape”, as are his earlier color photographs of southern France’s arid Mediterranean hillsides. These photographs of sun-soaked hillsides covered with low-lying, lush green shrubbery evidence the boundaries of our relationships with nature. Slowly, as we visually burrow into these images, we see here and there evidence of human activity, disturbances and excavations in the surface of the earth. A winding path or an rough hole suggest the edges of civilization, those places along the berm of a road or the outskirts of town where human presence stops and “nature” starts.

It is through the notion of “landscape” that Bustamante’s work circles back onto itself in a different way, further binding and complicating its disparate components. For Bustamante, a landscape is constituted as much by the spatial arrangement of an interior—a table, a bed, a picture, and a doorway—as it is by hills, rocks, and trees. Both are terrains which we inhabit and move through, and both are defined by their borders; the rivers and mountain ranges between nations or the walls and thresholds between rooms.

This transitional space which exists on a majestic scale in nature and on a small scale in our living rooms is something Bustamante would like us to notice and invert. Once we become aware of the fundamental differences between, say, a picture and a bed—of the functional and psychological distance between the two—we can begin to imagine an interior majesty (or melancholy) which rivals that of nature. In this way Bustamante’s artworks signify the space around them as much as they do themselves. His works begin by asserting the autonomy of frames, borders, objects and wall, only to make us aware that such boundaries are also places of material transition and auratic transformation.

This exhibition traveled to the Art Gallery of York University, Toronto.