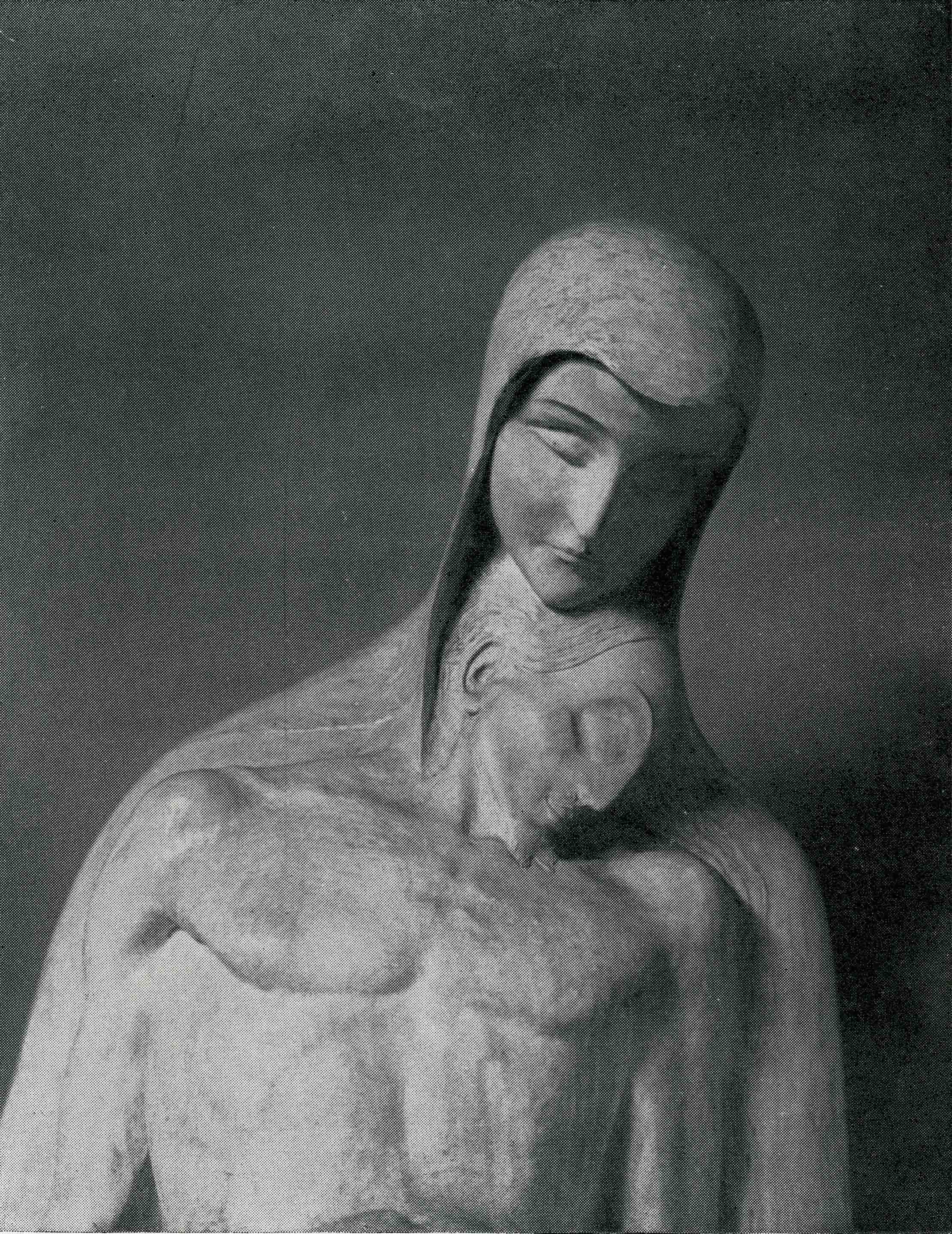 From the exhibition announcement:

This is the first of a cycle of three exhibitions arranged by the Renaissance Society as part of the annual Festival of Religious Art, celebrating the religious impulse in various ways. It will be installed at 333 N. Michigan Ave. The exhibition at Weiboldt Hall, the University of Chicago, which opens April 7, is a showing of “Old and New Masters of Religious Art,” and illustrates the identity of spiritual expression through the ages. “The Guelph Treasure,” shown under the auspices of the Renaissance and Antiquarian Societies at the Art Institute of Chicago, beginning March 31, presents a superb group of medieval objects, created at a time when the religious spirit was closely united with eccesiastical purpose.

During the season of the exhibitions, programs of fine religious music will be given by musical organizations and choirs in co-operation with the Renaissance Society. The University Chapel will co-operate with an Easter Pageant on Easter afternoon, and several other important programs. There will also be lectures on religious art and ecclesiastical architecture. All musical organizations that are disposed to join in the spirit of this season are cordially invited to arrange appropriate programs and take part in the Festival of Religious Art.

The* Exhibition of Religious Art by Artists of Chicago and Environs* is the first of three exhibitions arranged by the Renaissance Society as part of an annual festival celebrating the religious impulse in various ways. The exhibition at Weiboldt Hall, the University of Chicago, which opens April 7, is a showing of “Old and New Masters of Religious Art,” and illustrates the identity of spiritual expression through the ages. “The Guelph Treasure,” shown under the auspices of the Renaissance and Antiquarian Societies at the Art Institute of Chicago, beginning March 31, presents a superb group of medieval objects, created at a time when the religious spirit was closely united with eccesiastical purpose. The present exhibition is indicative of our contemporary local reactions to great religious themes. One thing only has been required of every exhibit. Does it contain a statement, reverential in value, and does it express that statement with complete sincerity.

Such an exhibition is important at a time when creative art and religion are all too often placed at opposite poles. This separation is no new thing; it goes back as far as the rationalistic eighteenth century and was the chief order of the scientific nineteenth century. Except for isolated cases, it is fair to say that since the days of the later Baroque, religion has contributed no new themes and no new motifs to western art. The recent ornamentation of churches has been, almost without exception, a reworking of earlier styles with constantly dwindling vigor. The universal ecstasy which poured nto the building of an Egyptian temple, a Roman basilica, or a medieval cathedral, was diverted, broken up or lost. But at the present time there are indications that artists are returning to such an impulse and experienceing the vitality to be found in a sincere contemplation of spiritual subjects and states. Equally significant is the fact that established religious organizations are begnning to seek out the creative artists to decorate their churches and their altars; a number of the exhibits here on view are already installed in places of worship and are lent by the churches themselves.

From the diversity of objects submitted, it will be seen that the religious spirit flows into many fields and many mediums. It is to be felt not only in painted and sculptured panels, not only in impressive designs for mosaics or stained glass, but in small and intimate objects, like a group of terra cotta stations of the cross, or some of the extraordinary BIblical drawings by children. Without doubt these objects gain in artistic consequence because they are made for a purpose. Unlike much of our contemporary art, they already have a use and fill an absolute need. In making them the artist has placed himself in contact with something dignified and universal. In the same way one is struck by the fact that the religious moment lends itself, almost subconsciously, to a commendable stylization on the artists’s part. There are considerably fewer realistic exhibits than there are exhibits in which the elements of design appear, heightened and enforced by their contact with deep feeling.

It is the hope of the Committee that the exhibition will not only encourage artists who have hitherto found occasional and unrelated expression in religious art, but will go even further in stimulating new projects and new ideas for the future decoration of churches and chapels in Chicago. In the western world, our greatest triumph in this type of art came from its intense humanizing character. The more powerful it became, the more it gathered to itself all the elements of daily life and thought. If we are to have a great religious revival in the twentieth century it must develop its own motifs and its own symbols. Art is a union of tradition and discovery and among traditions, none has been more inspiring than the spiritual one. To our artists belongs the joy of rediscovery.

Religious Art by Artists of Chicago and Environs: ...