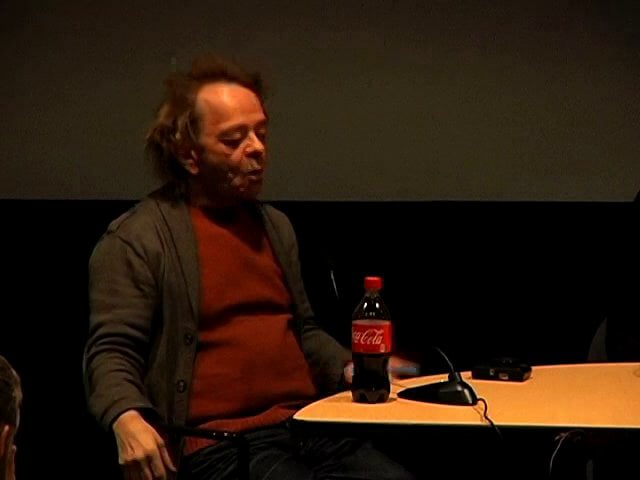 In addition to North, John Boskovich’s oeuvre includes one other film, Without You I’m Nothing (1990), installations, photo, text, painting, sculpture, design and writing. Says Boskovich, “North I consider as a kind of code, which attempts to bring unity to many aspects of my inter-genre career. While making North I kept in mind the idea of making a film portrait of novelist Gary Indiana. After reading Gary’s work and seeing him read from his true crime novels Resentment and Three Month Fever, I am convinced as many others are that he is one of the most important American novelists to emerge in some time. His oeuvre recalls Capote, only more politically.”

Gary Indiana is a novelist, journalist, actor and film historian. His publications include art criticism for the Village Voice from 1985 to 1988, two short story collections, and a trilogy of quasi– and non-fiction books about high profile murder cases, and more. British newspaper The Guardian has labeled him “one of the most important chroniclers of the American psyche.” Indiana also has acted in movies and on stage theaters in New York and London.