As Free As the Squirrels

No other humanist discipline has undergone as rigorous a self-examination as the visual arts. Well above and beyond an investigation into the nature of its being, the field of art has gone so far as to canonize works of so-called “anti-art.” From the 1917 debut of Duchamp’s infamous Fountain, which consisted of simply a urinal bearing a signature, to the sustained assault on visuality waged by conceptual artists, art by all accounts should have succumbed to its self-willed dismantling quite a while ago. Needless to say, this has yet to pass. Through earnest efforts artists have, however, expanded art’s definition to the point where art is no longer a discrete class of objects or activities but instead a way of looking; art as a process of self-reflexive meaning-making, one that need not be mediated by illusionistic representation. A small tin of shit proudly produced and canned by the artist, Piero Manzoni himself, or a piece of candy courtesy of Felix Gonzalez-Torres are but two beautiful birds in a forest of signs that would render our existence legible. But despite exercising its right to remain silent, gregariously flirting with the irrational, and reveling in illegibility, art is still plagued with making sense in what is less a forest of signs and more a semiotic jungle as any and all things may assume a meaning no longer reserved for the more traditional work of art.

Tell me why the ivy twines? As if Trisha Donnelly’s art needs a reason. Like ivy, Donnelly’s work is as it does. Now that art is no longer a privileged site of meaning, Donnelly is as free as the squirrels to produce art whose justification would be its mere existence. Given that meaning may be produced with or without it, Donnelly is the first to admit that no one needs her art. In exchange, she has carte blanche to roam the highways, byways and interstellar lo-ways of thought with nary a care as to what makes sense save to her.

Calling hers a “body” of work is almost claiming too much coherence for a highly heterogeneous output that includes drawings, photographs, audio works, sculptures, events (Donnelly is very wary of the term performance), and videos. Although it is tempting to cast her as the consummate post-medium artist, in her case that is already an over-determined category, for Donnelly genuinely has no medium. If anything she is a pre-medium artist, where “medium” could just as soon refer to a psychic. Not overly concerned with form, her art is the precipitate of a belief system fashioned within a web of signification where logic and superstition are virtually indistinguishable. When posed before any of her work, the question of why becomes interchangeable with why not. Donnelly has developed a form of martial arts and given lectures describing an alternate dimension. The latter, entitled THE 11th PRISMATIC, betrays her penchant for the rites and rituals of explanation in a broader sense.

While much of the work is performative in nature, Donnelly avoids any relationship to an audience that the designation “performance artist” might imply. In addition, Donnelly’s art, for all its freedom, tends to assume relatively conventional forms. In this respect it is very much legible as an art that, once slandered for being cryptic and hermetic, would now cite these terms as new-found inalienable rights. Any charges of obscurity are predicated on a claim to disclosure that Donnelly never undersigned. Instead, Donnelly would take stock in an artistic legacy whose liberatory potential has become, by her standards, over-burdened with a self-consciousness symptomatic of an excess of meaning; an excess she would prefer to convert into beliefs ranging from quizzical to outlandish. The result is an art that can be whatever. Accordingly, what she may do when invited to exhibit is often anyone’s guess. The choice of attire (cocktail, festive, proper, black tie) for attendance at the opening, per TD, is yours. 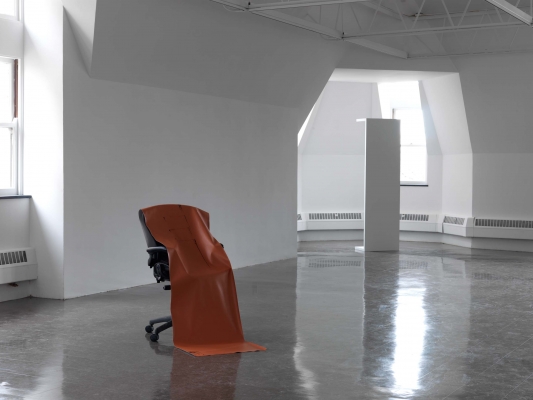