Where is my Buddha-mind?

“What is it to be admitted to a museum, to see a myriad of particular things, compared with being shown some star’s surface, some hard matter in its home! I stand in awe of my body, this matter to which I am bound has become so strange to me. I fear not spirits, ghosts, of which I am one, that, my body might, but I fear bodies, I tremble to meet them. What is this Titan that has possession of me? Talk of mysteries! ? Think of our life in nature, daily to be shown matter, to come in contact with it, rocks, trees, wind on our cheeks! The solid earth! The actual world! The common sense! Contact! Contact! Who are we? Where are we?”
—Henry David Thoreau, The Maine Woods

Thoreau (1817-1862) was an adamant homebody. A native of Concord, Massachusetts, he made a world of his immediate environment and a universe of the Maine wilderness to which he traveled on three separate occasions. His accounts were published together posthumously as The Maine Woods. The language is a mixture of the starkly factual, the hymnal praising of nature, and the deeply metaphysical. Thoreau’s treks no doubt doubled as inward spiritual journeys, an effort to know the world in the profound sense of trying to grasp the mind’s role in understanding experience. In the above passage, when his body strikes against its surroundings, as though it were a match stick (“Contact!, Contact!”), Thoreau’s phenomenological communion with nature gives way to the burning questions “Who are we? Where are we?”

The Here and Now raises these same question on terms belonging to sculpture. The exhibition features three artists represented by a single work each of which addresses the notion of presence; literally, metaphorically and spiritually. All three of the works call attention to features of the gallery that make it a unique space. In this respect, the “Here” in the title of the exhibition refers to the gallery and more specifically to one’s position in the gallery, whether it is sitting on a tatami mat before a silver, singing bowl; having to negotiate one’s way around a large helium balloon; or elevating oneself 6 feet up a series of stairs to view islands off the coast of Iceland. Each work is an invitation to critically reflect upon one’s relationship to the art work as it in turn relates to its location.

Once experienced in situ, however, any further move on the part of these sculptures toward site-specificity is abruptly halted. Consciousness of location as an end itself is antithetical to this grouping of work, which above all else seeks to recuperate metaphor as derived from a direct encounter with the work. Just as Thoreau’s spiritual quest was played out in the Maine geography, these three sculptures make concrete the imagination’s bid for transcendence, giving form to the very metaphors that would then allow the imagination to go beyond the material and spatial forms of the gallery, and indeed the artworks themselves. In other words, presence of body is activated only to yield to presence of mind.

The artists in The Here and Now are heir to a legacy in which Conceptual Art’s biggest success was not the disappearance of the art object but extending the category of art to include any and all things. Javier Téllez’s Socle du Monde (Base of the World) (1999), refashions Piero Manzoni’s work of the same title as a 5’ x 5’ x 5’ red, helium-filled balloon. The original is a simple, iron plinth resting on the ground. Its inverted text reads “Socle du Monde, Socle. Magic No. 3 de Piero Manzoni—1961—Homage a Galileo” (Base of the World, Magic Base No. 3 by Piero Manzoni—1961—Homage to Galileo). By subtitling his work a homage to Galileo, Manzoni was slyly making the absurd proclamation that the entire earth is a sculpture. Defying gravity, Téllez’s balloon refutes Manzoni’s gesture, denying an institutionally conceived category of art its claim to the world. Capped by a ceiling, Téllez’s piece suggests that the power of art extends only as far as its immediate context, which is not to say that art is any less powerful. If anything, art could be seen as more powerful when striving for rather than achieving transcendence.

Situated on the truss work spanning the gallery. Katrin Sigurdardottir’s High Plain III, (2005) consists of miniature islands modeled loosely on those off the coast of western Iceland. Viewers must climb 6 feet of stairs to a portal that allows access to only the head, which then becomes part of the work as a site of consciousness isolated from the body. To borrow a description from University of Chicago professor Bill Brown’s recent book A Sense of Things, Sigurdardottir’s model of consciousness is one “dissociated from psychology, consciousness understood outside the confines of a psychological self, detached from the body, from character, and from the environment. This is the consciousness that Edmund Husserl theorized as a new object of inquiry that eradicates any distinction between “inner” experience and the “outer” world, reduces the world to consciousness, and argues that things must be understood only as things-in-thought.” Based on Sigurdardottir’s play with scale, the thing-in-thought is the very world over which Manzoni sought to extend the power of art so as to make it an object of the imagination.

The spiritual ramifications of conceptual art were forthrightly acknowledged by one of its key practitioners, Sol LeWitt, when in his famous series of statements on conceptual art, he proclaimed that the conceptual artist was a mystic. Given that conceptual art has taught us how to see (and think) through and beyond the form of things, there was bound to be an affinity with Eastern thought. Privileging ideational over material form cannot help but be read as a sign of enlightenment, one not void of spiritual connotations. Rather than flirt with the connotations, Sanford Biggers would have a go at making them real. Bigger’s work consists of several silver, singing bowls of various sizes, resting on satin pillows positioned throughout the gallery on the floor. These polished silver bowls can be found at Buddhist temples, and when struck with an accompanying mallet, they produce an even, ringing pitch thought to facilitate meditation. Each is inscribed with the title of the piece, Hip Hop Ni Sasagu (Hip Hop In Fond Memory), which refers to giving up the desire for star- dom and its material rewards in favor of humble, spiritual fulfillment.

Based on the above passage it sounds as if Thoreau attained sartori, a moment of enlightenment or awakening in Buddhist thought. That his experience should take place in the face of nature is in keeping with a spirit of Zen poetry dating back dozens of centuries. In comparison to Zen poetry, which often stressed the humble, Thoreau’s account is steeped in drama. A more down to earth response to his metaphysical musings, “Who are we? Where are we?”, might be found in the following poem by Layman Seiken, an 11th century Zen poet.

There I was, hunched over office desk, Mind an unruffled pool. A thunderbolt! My middle eye Shot wide, revealing my ordinary self.

Now that’s a morning when the coffee is doing its job. 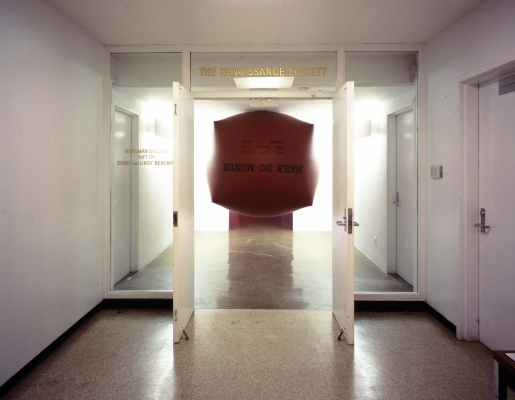