Video recording was invented in 1956 as an intermediary in live broadcast television. It was a cheap means to pre-record and edit regularly scheduled programs taped from live events. Roughly twelve years later, conceptual and minimalist artists would take an interest in the medium, making “artist videos” at a time when there was no such thing as a video artist. Michel Auder is an exception. He chose video as his primary means of expression well before video was accepted as a practice in its own right.

Born in Soisson, France, in 1945, Auder began making films at the age of 18. As an aspiring young filmmaker, he fell under the influence of the French New Wave and experimental cinema, most notably Jean-Luc Godard and Andy Warhol. In 1969, Auder met and eventually married Viva, one of Warhol’s principal talents. A year later, they moved to New York where Auder has since resided. That same year, he purchased a Sony Portapak, one of the first commercially available video cameras. Since 1970 he has persistently documented the people, places and events that are his life.

Video allowed Auder to translate Warhol’s talent for making the banal glamorous and the glamorous banal into a diary practice which Auder himself did not consider fine art. His earliest works are simply called Chronicles. They have no narrative structure, but are lengthy excerpts culled (not edited) from hundreds of hours of raw footage. This material formed the basis for video travel logs and endearing portraits of friends from a cultural milieu including the likes of Hannah Wilke, Alice Neel, Annie Sprinkle, Cindy Sherman, Louis Waldon, and Larry Rivers, to name a few.

The label “video artist” was applied retroactively when Auder began exhibiting his work in 1980. At that time he produced a series of discreet works, some of which were from scripted biographical material and others that were video collages appropriating material from television. As technology improved and access to editing facilities increased, Auder’s skills as an auteur became more apparent. He is a consummate voyeur, one who literally reads scenes of intimacy, exchange and daily life as verses of poetry unto themselves.

In addition to continuous screenings of twenty works from throughout the course of his career, the exhibition will feature Five Ring Circus (1997), a work screened on five adjacent video monitors. It is composed of footage taken from the artist’s life poignantly interspersed with footage taken from television.

Auder’s compatriot Guy DeBord stated that cinema could have been any number of things, “historical examination, theory, essay, memories.” Ultimately Auder’s work is all of these, which explains why he accepts the title of video artist somewhat begrudgingly. His work functions as memory three times overlaps personal document, as a portrait of a particular cultural milieu, and as a history of the video medium from reel-to-reel to Mini-DV. This exhibition does not survey a life’s work; it surveys a life that went straight to video. 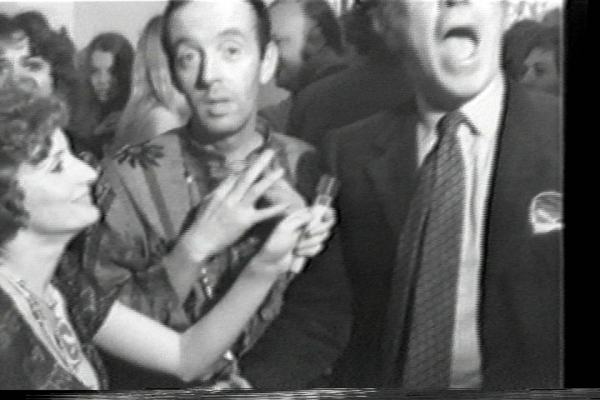