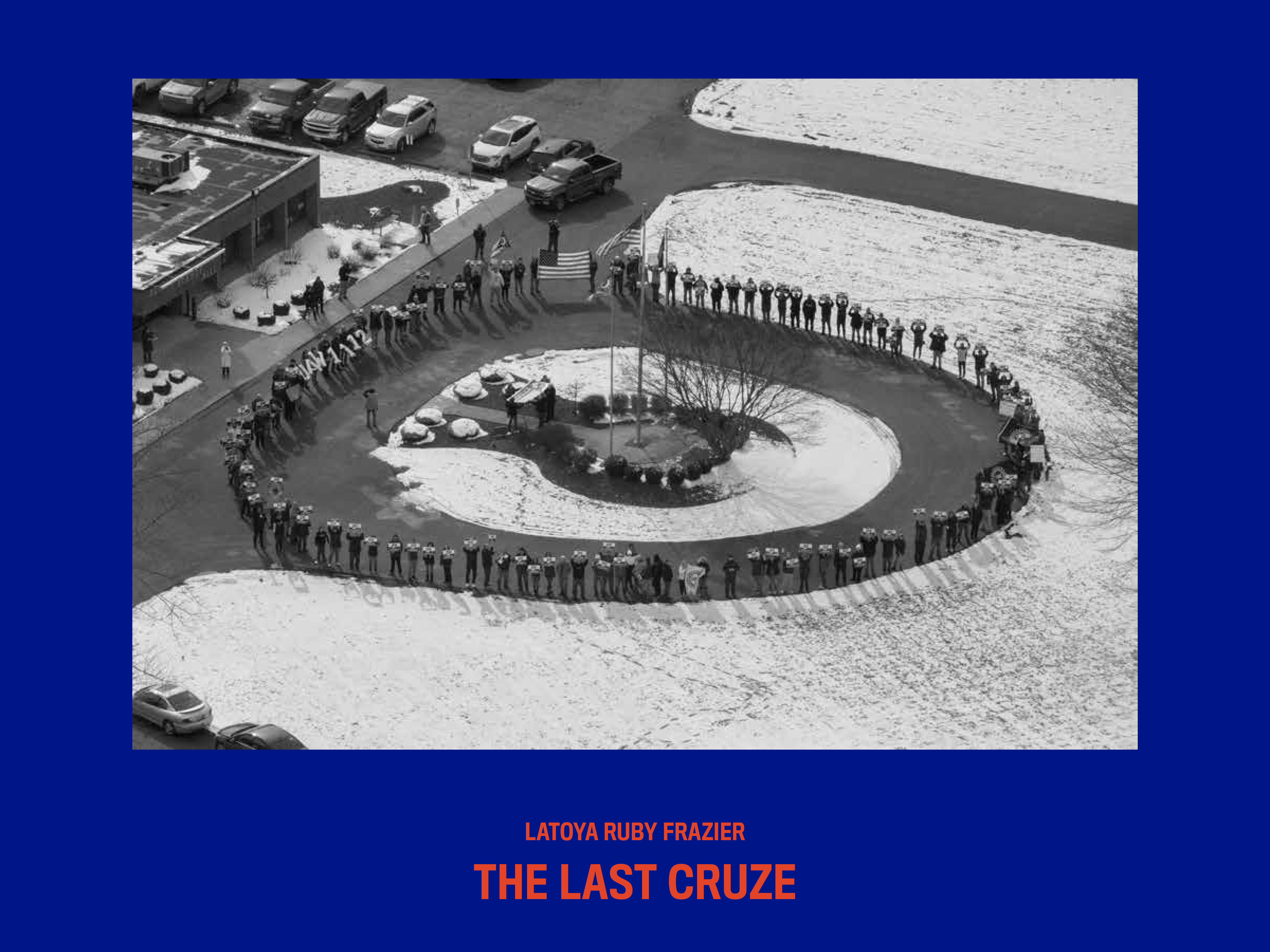 The Renaissance Society is pleased to announce the forthcoming release of The Last Cruze, a substantial book that expands upon LaToya Ruby Frazier’s 2019 solo exhibition at the museum. Available for pre-order now, this publication features Frazier’s extensive body of work that centers on the autoworkers at the General Motors plant in Lordstown, Ohio. Through photographs and interviews, Frazier records the devastating effects on the workers’ families and their community after GM “unallocated” the plant, which soon led to its closure.

The developments in Lordstown brought widespread attention to the small Rust Belt town, which emerged as a political flashpoint. As the final days of production at GM Lordstown approached in 2019, the employees were faced with the difficult decision to either transfer to plants in other parts of the country or lose their pensions and benefits. For many, this meant uprooting or dividing their family, moving away from aging parents, or leaving behind their support networks. During this long period of upheaval, Frazier spent part of every week in Lordstown with the workers and their families. Photographing them and letting them tell their own stories, she conveys their experiences of these events, the disruption to their lives, and the efforts of the local union, United Auto Workers Local 1112, on behalf of its members.

For Frazier, this publication is a vital part of The Last Cruze, extending the dialogue around the work, offering another platform for the workers’ voices, and inviting new reflections by a number of leading scholars and thinkers. It includes the exhibition’s more than sixty black-and-white photographs and documentation of the immersive installation at the Renaissance Society. Just as vitally, the book includes five in-depth discussions, each led by Frazier: dialogues with union leaders from UAW Local 1112 and members of its Women’s Committee, and conversations with economic geographer David Harvey; Pulitzer Prize-winning playwright Lynn Nottage; and Oscar-winning documentary filmmaker Julia Reichert and Ohio Senator Sherrod Brown. Providing greater context, the book also includes new art-historical essays by Coco Fusco, Benjamin J. Young, and exhibition co-curators Karsten Lund and Solveig Øvstebø, as well as a detailed timeline compiled by Frazier and UAW members tracking the history of unionism in the US, from the 1930s onward. The volume closes with a reflection by Werner Lange, a sociologist who staged a 45-day roadside vigil in solidarity.

While the GM plant in Lordstown has officially closed and its workers and their families have largely had to relocate, it’s clear this story is hardly over. The ripple effects of the closure are only starting to be seen. And in the year since The Last Cruze was first exhibited in Chicago, the COVID-19 pandemic has devastated the economy and underlined just how precarious things are, and continue to be, for so many people. The importance of advocating for workers, the need for good healthcare, the blessings of community, and the power of collective action are now more palpable than ever. Building on the original exhibition and gathering LaToya Ruby Frazier’s ongoing dialogues around these topics, this book presents The Last Cruze in an expanded form, filled with voices from Lordstown and beyond. 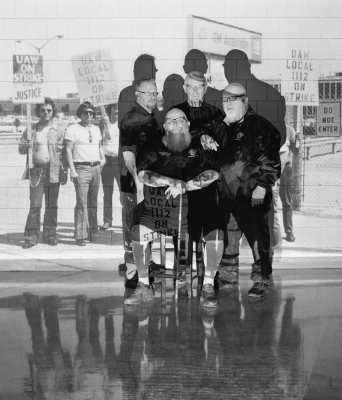