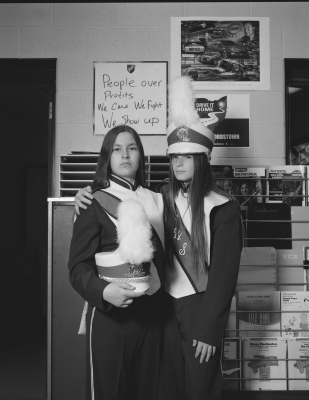 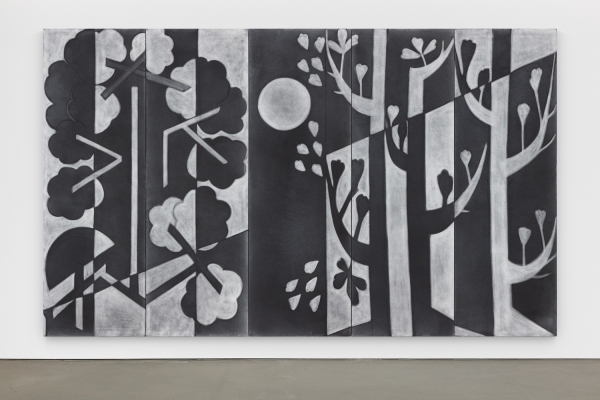 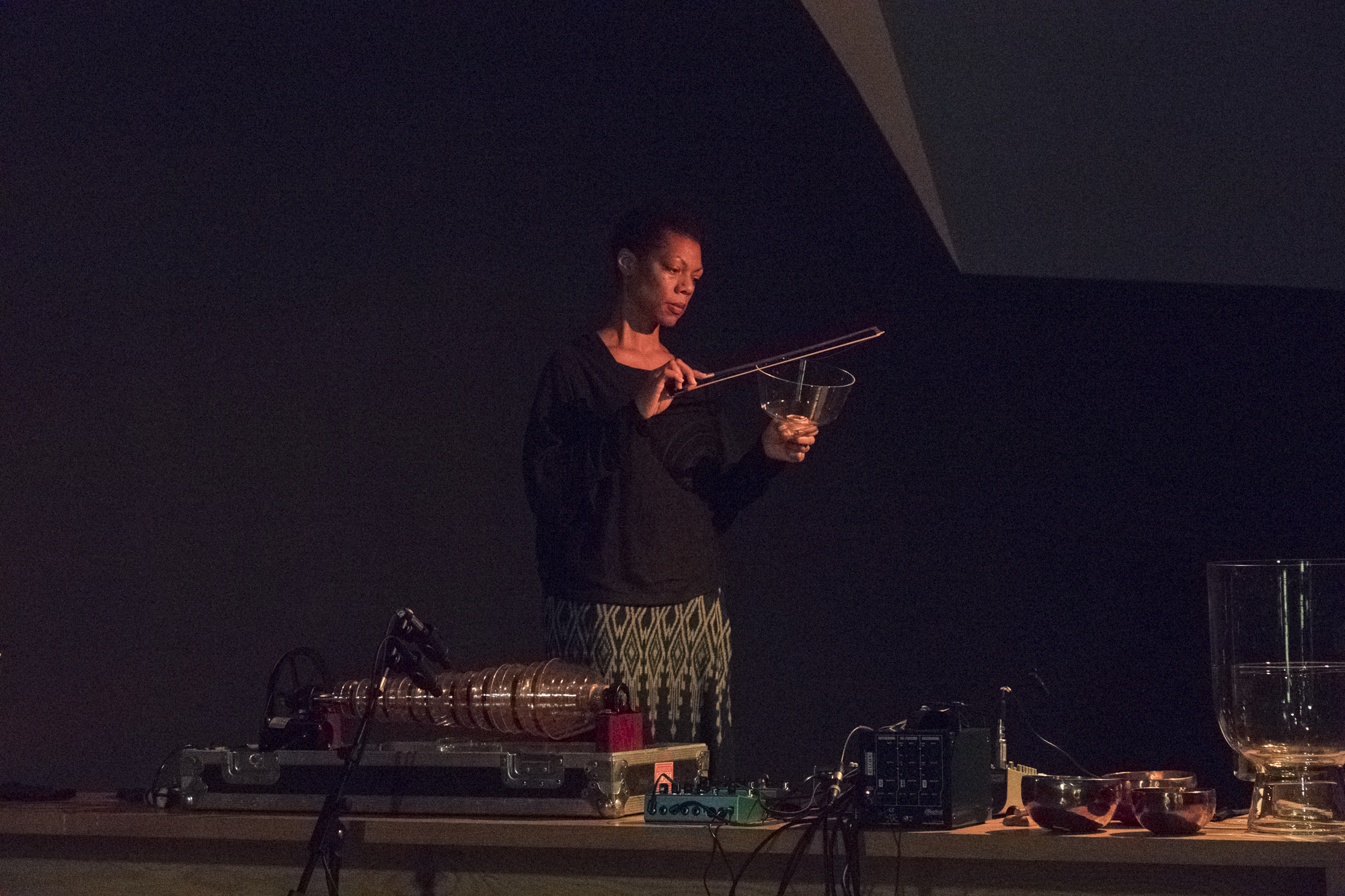 Camille Norment uses sound and music as means to reflect on socio-cultural phenomena or dimensions of public life. Her work creates experiences that are both somatic and cognitive—feeding both body and mind—whether she is delving into moments of dissonance or relating human speech to action. Norment’s Untitled (Flame) is an expansive, ongoing project that relates feedback and fire. In Chicago, it takes shape as two complimentary presentations: Untitled (blue heat), a performance at the Renaissance Society, and Untitled (red flame), a concurrent exhibition at the Logan Center for the Arts (Nov 15, 2019–Jan 5, 2020).

At the Renaissance Society, as part of the Intermissions series, the American-born, Oslo-based artist stages an exploration of audio feedback amongst other sonic textures within the open gallery space: a meditation on the fullness of silence, a blue heat. The museum’s distinctive architecture forms an unusually dynamic acoustic environment with its high ceilings, hard surfaces, and angular walls. Norment brings this space to life with an array of speakers, microphones, and effects, establishing and manipulating a number of active feedback loops shaped by the room’s characteristic resonant frequencies. The gallery becomes, in effect, a playable instrument or collaborator, which she uses alongside glass armonica to build up richly layered drones. Over the course of the week, the artist experiments with and fine-tunes this system, inviting the public to join her in the space and listen to the process for selected open hours each afternoon. Norment’s engagement culminates in an evening of live performance alongside master drummer Hamid Drake, the duo drawing on her work here as they explore complex interactions between rhythm and reverberation.

As the project unfolds, Untitled (Flame) intersects with various histories including that of the Great Chicago Fire, the pioneering feedback experiments by sound artists like Max Neuhaus, and the contemporaneous activities of Chicago’s Association for the Advancement of Creative Musicians (AACM). These artists and musicians were part of a global reach towards socio-cultural revolution in the 1960s and 1970s. For Norment, revolution or enlightenment involves both heat and cool; it’s an activity that is both social and internal, active and meditative, echoing red and blue flames.

Camille Norment is based in Oslo. She has recently performed in Sapporo, Japan and The Stone in New York with Ryuichi Sakamoto, and at The Armory in New York with Craig Taborn. She has presented both performances and exhibitions at the San Francisco Museum of Art, the Pushkin Museum in Moscow, the Festspillene Festival in Bergen, Norway, and the Museum of Modern Art, New York. In 2015, Norment represented Norway at the Nordic pavilion for the 56th edition of the Venice Biennale.

Presented with support from Office for Contemporary Art, Norway and Threshold Acoustics.

Intermissions is supported by a gift from Mirja and Ted Haffner.