Jamey Gambrell spoke on a younger—and conceptually tougher—generation of Soviet artists with more personal and international artistic interests than those of Bulatov, Kabakov, and the original Soviet Underground. Mr. Davidovich and Mr. Sheynes spoke on the U.S.S. R.’s central economy and official art agencies, how those structures are changing under Gorbachev, and the ways in which they still influence the generation and exchange of ideas. John Corbett’s presentation on Free Jazz in the Soviet Union, another underground art form developing about the same time as Bulatov’s practice, was taped and re-broadcast on WBEZ. Andrei Codrescu’s anecdotal lecture on Tourism and Terrorism was complemented by a reading at Link’s Hall, an hour and twenty minute literary odyssey chroncling Codrescu’s twenty yers of travel from Romania through western Europe and the United States. 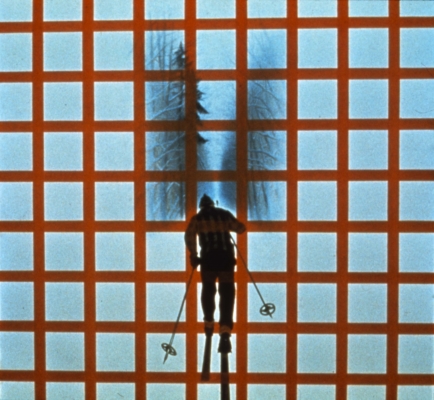