Since the early 1970s Suzanne Lacy has been creating a feminist art directed toward personal and political change. Chief among her concerns has been the widespread violence against women. In two massive public works, involving people from outside the art community, she created images of women’s strength to combat the fear and sense of victimization that prevailed in the mass media’s treatment of assaults against women. Three Weeks in May (1977) involved cooperation with government officials and community organizers to stage a series of events that exposed and protested the high number of sex crimes in Los Angeles. In Mourning and In Rage (1977), a collaboration with artist Leslie Labowitz, was a powerful response to the Hillside Strangler murders. Both works employed carefully designed media strategies to bring the image of women’s strength and outrage to a large television audience.

Lacy also co-founded the Women’s Building in Los Angeles, which has become a national headquarters of feminist performance art practice. 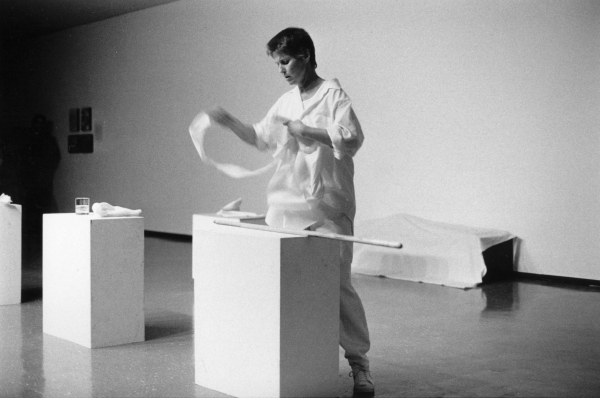