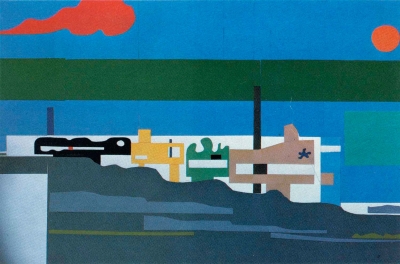 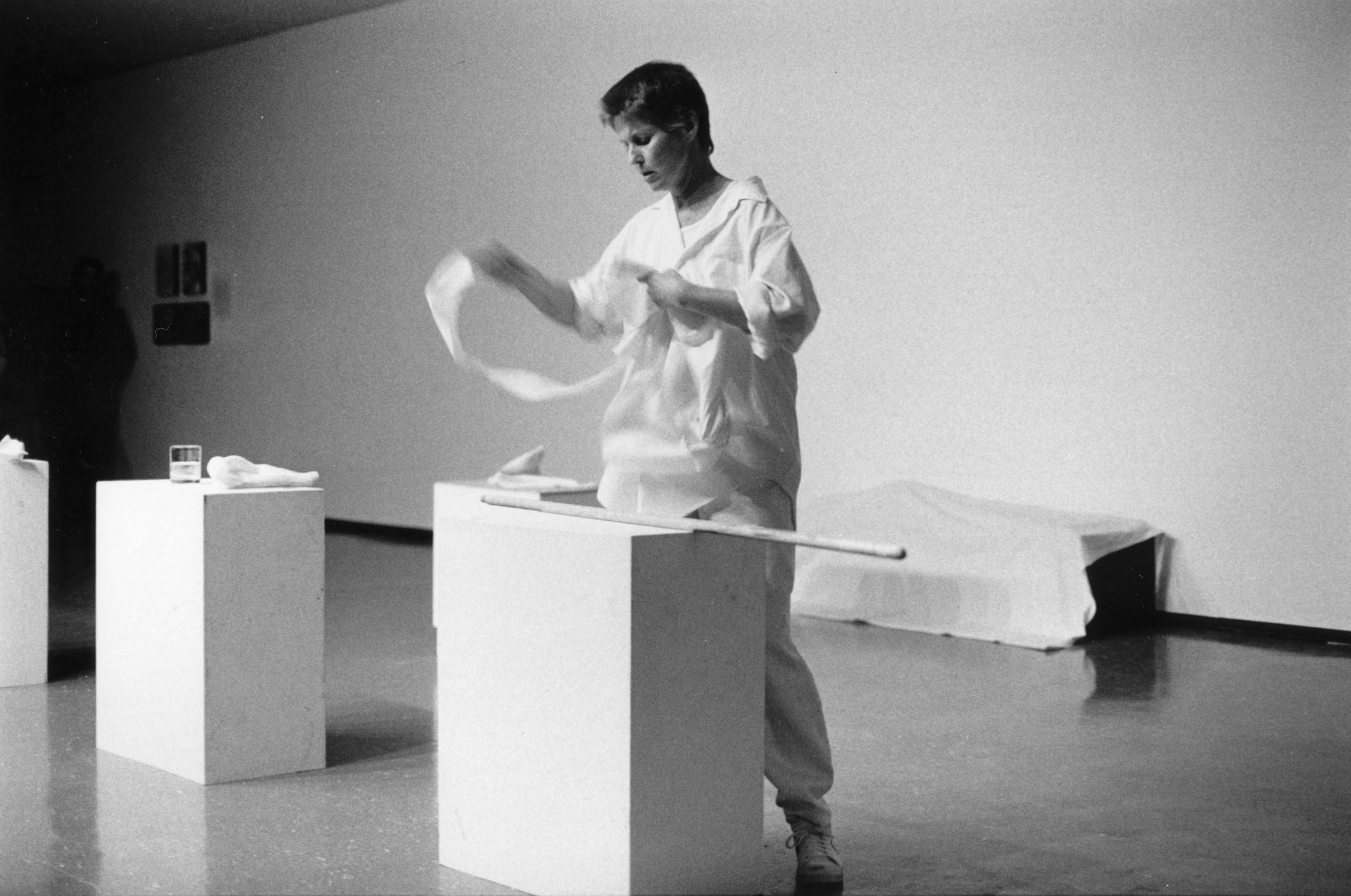 Performance art as we know it today is an international art form, presented in galleries and museums and analyzed in journals. But at its birth ten years ago, it more often took place in an artist’s studio or on the streets; there was little or no institutional or critical support. Artists performed for and with each other, often with little thought of documentation.

California is where the most dramatic beginnings occured. Artists in Los Angeles, San Francisco, Berkeley, San Diego, and at many university campuses abandoned object making and pursued art as idea, sculpture in motion, or, moved by the period’s political and social visions, art as means of transforming life. They drew heavily on sociology, psychology, religion, cybernetics, and politics in making art that defies an easy definition and is still in search of accepted criteria. Many sought to dissolve not only the barrier between art and life but between the disciplines, integrating film, video, movement, and sound in their work. Today, many of the performance artists who appeared in the 1960s teach performance at art schools and colleges, and second and third generation performance artists have followed. Hundreds of artists are working throughout the country in this new and expanding art form.

The Museum of Contemporary Art and The Renaissance Society will present a series of public lectures/discussions, performances, video and exhibition documentation. Carl Loeffler, Susanne Lacy, and Moira Roth, individuals who participated in the early development of performance, have a committment to the work, and who still have a presence in the scene today, were invited to review the past decade and in light of that history select an artist working in California today whose work is of special importance to them. These artists—Tom Maroni, Barbara Smith, and Nancy Buchanan—will perform at both the MCA and the Renaissance Society.

California Performance Now and Then was organized by Alene Valkanas, Museum of Contemporary Art Program Director. California Performance Now and Then: pamphlet