Although completely different in tone and character, the similarity in these two films is striking. The protagonists of Intervista and Reconstruction are women who spent most of their lives under communist regimes. In both cases film footage of them in their former lives found its way into the hands of later generations who set about trying to reconstruct their parents and grandparent’s lives. Intervista is based on a twenty-year-old 16mm newsreel featuring Sala’s mother, then leader of the Albanian Communist Youth Alliance, giving a speech and being interviewed. The sound, however, had been lost, so Sala takes the film to a school for the deaf where his mother?s words are deciphered through lip reading. Sala sits with his mother as she watches the footage confronting a younger self filled with a tragically false idealism. In Reconstruction, Lusztig, a first generation Romanian American learns that her grandmother participated in the well publicized “Ioanid Gang” bank heist of 1959. The gang was caught and forced to re-enact their crime for a film that was used as a cautionary tale glorifying the state’s criminal intelligence capabilities. There were several dynamics at work, not the least of which was that members of the Ioanid Gang were Jewish intellectuals. Through the many interviews and footage of contemporary Bucharest emerges an examination of Romania’s communist past from a complex perspective in which personal, social and political discontent are indistinguishable.

This screening will take place in Cobb Room 425 (down the hall from the gallery). 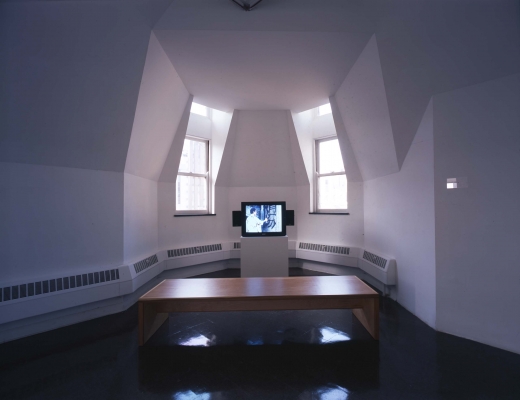