The State and the Work of Art

Mary Ellen Carroll filmed the front and back of the Federal building in Los Angeles, located at 11000 Wilshire and designed by Charles Luckman, for 24 hours straight. (She’s got Warhol’s Empire beat by 16 hours.) The Federal Building has been described in architectural guidebooks as the “embodiment of bureaucracy.” Although we think of the federal Government as a discreet entity, its many components exceed the capacity of the imagination. Carroll captures the building over an entire day, in part to give us a clear image of what our government looks like. Housing the divisions of the Department of Veteran Affairs, the State Department, the FBI and the CIA; documentation of the building turns these high-level government agencies from the watchers to the watched. 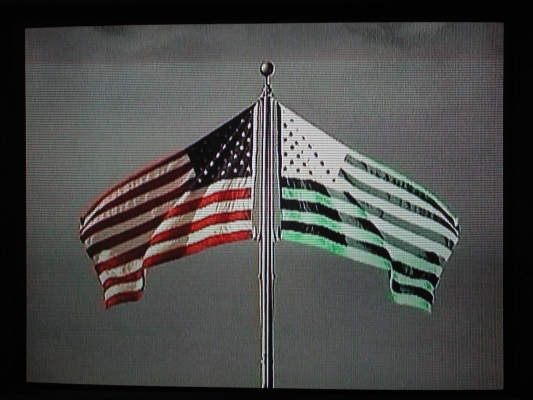