A Couple of Poor Polish-Speaking Romanians

A Polish soap-opera actor, slumming it, takes too many drugs at a party and runs off, in a costume of destitution and blackened teeth, with a pregnant young mother. That is only the windup. The pitch is a humorous and scathing critique of social class and national identity twenty years in the wake of communism. The success of Maslowska’s (b. 1983) first novel White and Red (2002) is largely acknowledged as heralding a new generation of Polish writers.

After two decades of outstanding premieres of avante-garde theater, Trap Door has established an international reputation in addition to becoming one of Chicago?s premiere ensembles. This is A Couple of Poor Polish-Speaking Romanians last staging before Trap Door takes it on the road, with the first stop being Romania. 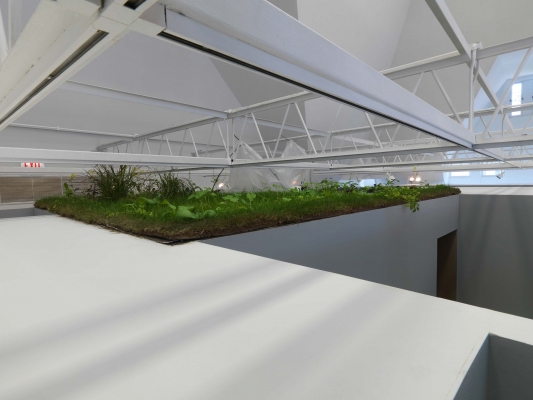