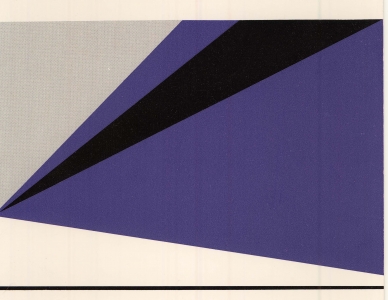 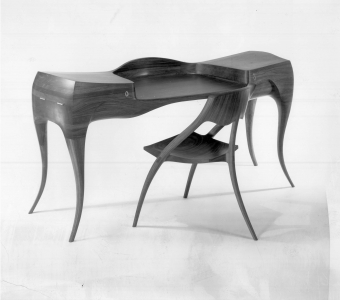 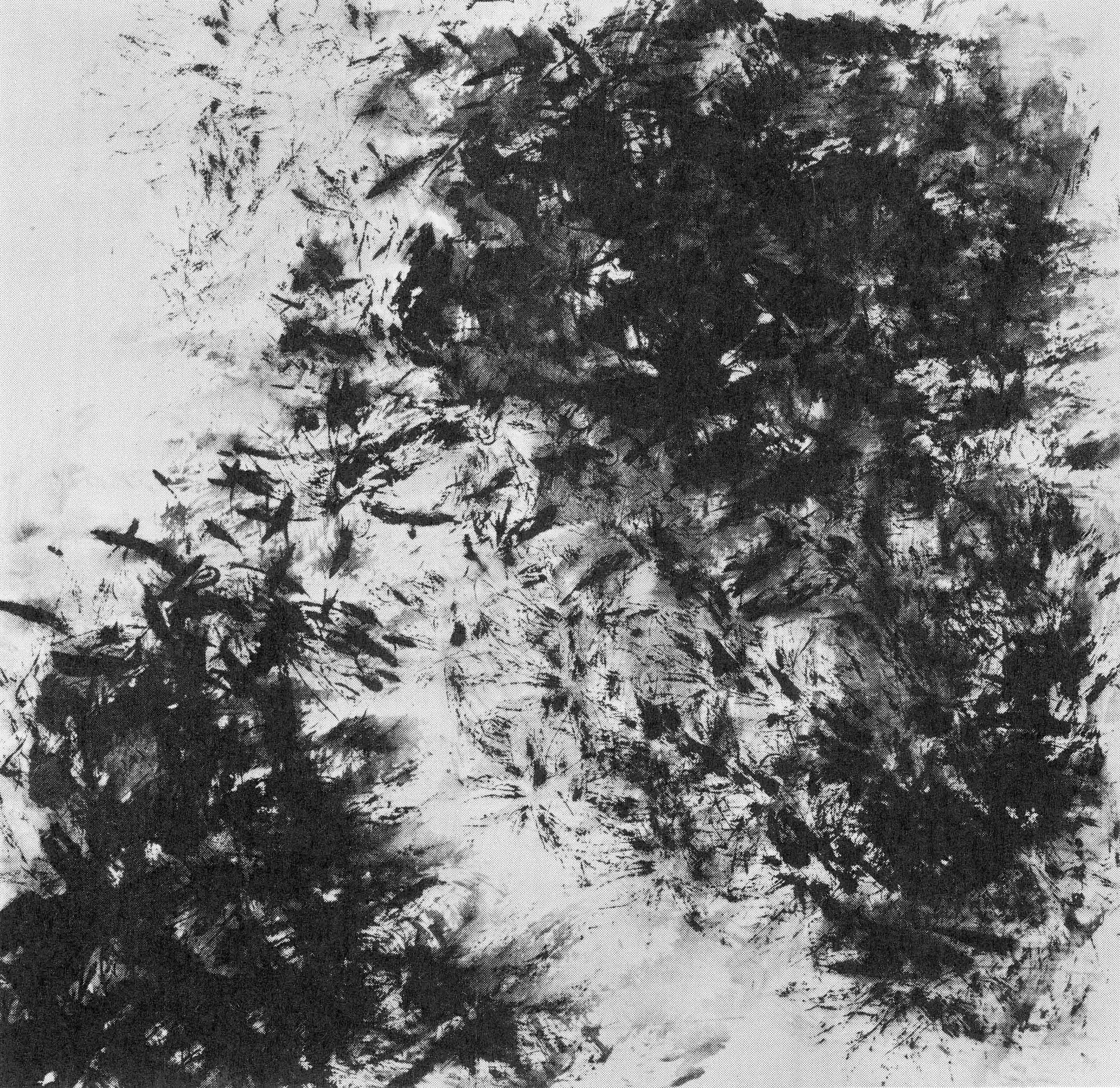 Text by Harrie Vanderstappen from the exhibition brochure:

This is the first exhibition in Chicago of the paintings of Miss Lu Wu-chiu.

The artist was born in Tanyang in the Province of Kiangsu on the Chinese mainland. She is the second daughter of the painter and calligrapher Lu Feng-tzu, former president of the National Arts College in Soo-chow in Kiangsu Province. Originally, Miss Lu’s work consisted mainly of embroidery and experiments in the use of textile threads. In these earlier works, knotty centers of entangled threads dissolve into endless meanderings. These works vary in expression from leading the viewer’s eye along labyrinthine wanderings of line to spidery jungles of stretched textile and aimless puffs of downy silk forms, set afloat against a solid red background as in March of struggling men.

Contact with trends in modern art of the western world made during visits and study in North America in 1959-60 was one of the impluses which led Miss Lu to explore the medium of ink and paper, and to see the analogies betwen traditional Chinese attitudes and the vigour of contemporary western abstract expressionism. Intricately interwoven double and triple lines in coils and grooved texture areas recall the earlier textile forms. Some of these paintings echo Chinese landscape compositions. An awareness of the power of brush and ink, handled in stark contrasts of forceful shapes, brings this idiom into close relationships with some of the classical Chinese painting traditions. One is aware of Miss Lu’s predeliction for such seventeenth century artists as Shih T’ao and Pa-ta-shan-jen. She continues some of their attitudes towards untrammeled brushwork and contributes towards establishing in expressive forms an unfettered existence in a space which has neither “up” nor “down,” no “left” or “right,” no “in” or “out.” Subtle dabs of ink between solid bars of dripping black gliding into the viewer’s sphere of consciousness and large black and grey shapes pushing their way into the picture frame like geological rock formations are but a new facet of the long traditions of perceptive art forms created by the artists of China.

Miss Lu Wu-chiu is at present Associate Professor at the Fu Jen University, formerly in Peking and recently re-established in Taipei, the capital of Taiwan, under the combined auspices of Chinese and Western sponsorship.