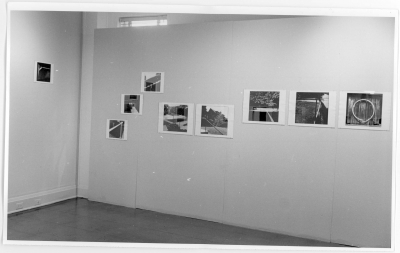 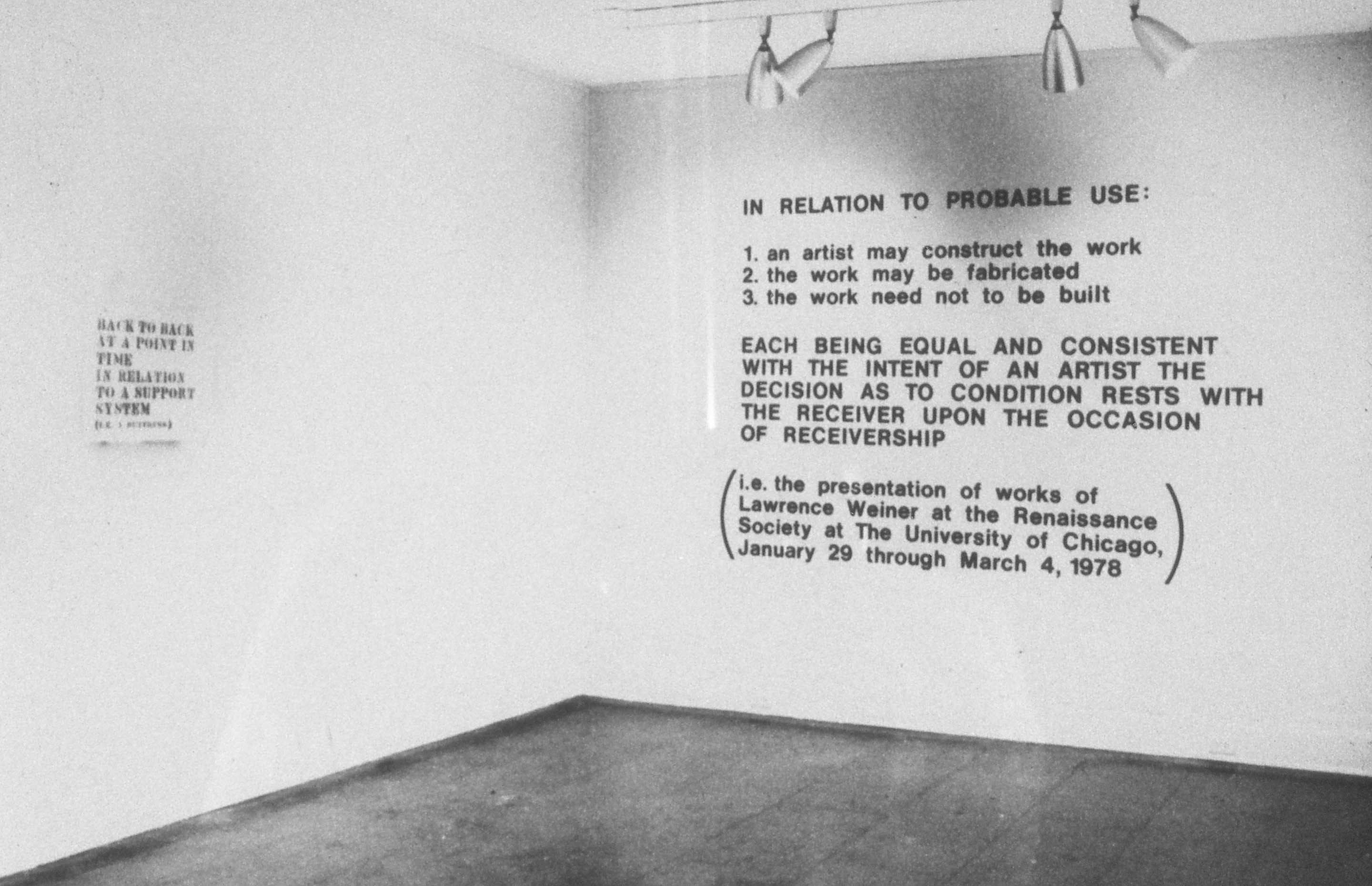 This is Chicago’s first one-man show of the work of Lawrence Weiner. Weiner, who was among the first to use language as a medium for creating works of visual art, believes it is irrelevant whether or not an art object is ever made as a result of his linguistic propositions. He attaches the following codicil to every presentation of his work:

IN RELATION TO PROBABLE USE:

Weiner has received international acclaim among conceptual artists and critics for the emphasis he places on the content, or idea presented, in each piece. This content often centers around questions dealing with what is relevant in art today, and what is important enough to be added to the already vast body of artworks now in existence.

One room of the gallery will be given over to new work, created especially for this exhibition. Other works in the show were done over a longer period of time, and reveal the subtlety and complexity that is possible within Weiner’s chosen medium.

Several films by the artist will also be screened during the run of the show, and the artist has designed a catalogue/artist book which should be seen as part of the exhibition.