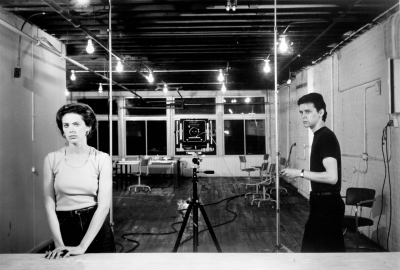 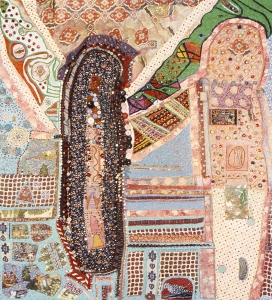 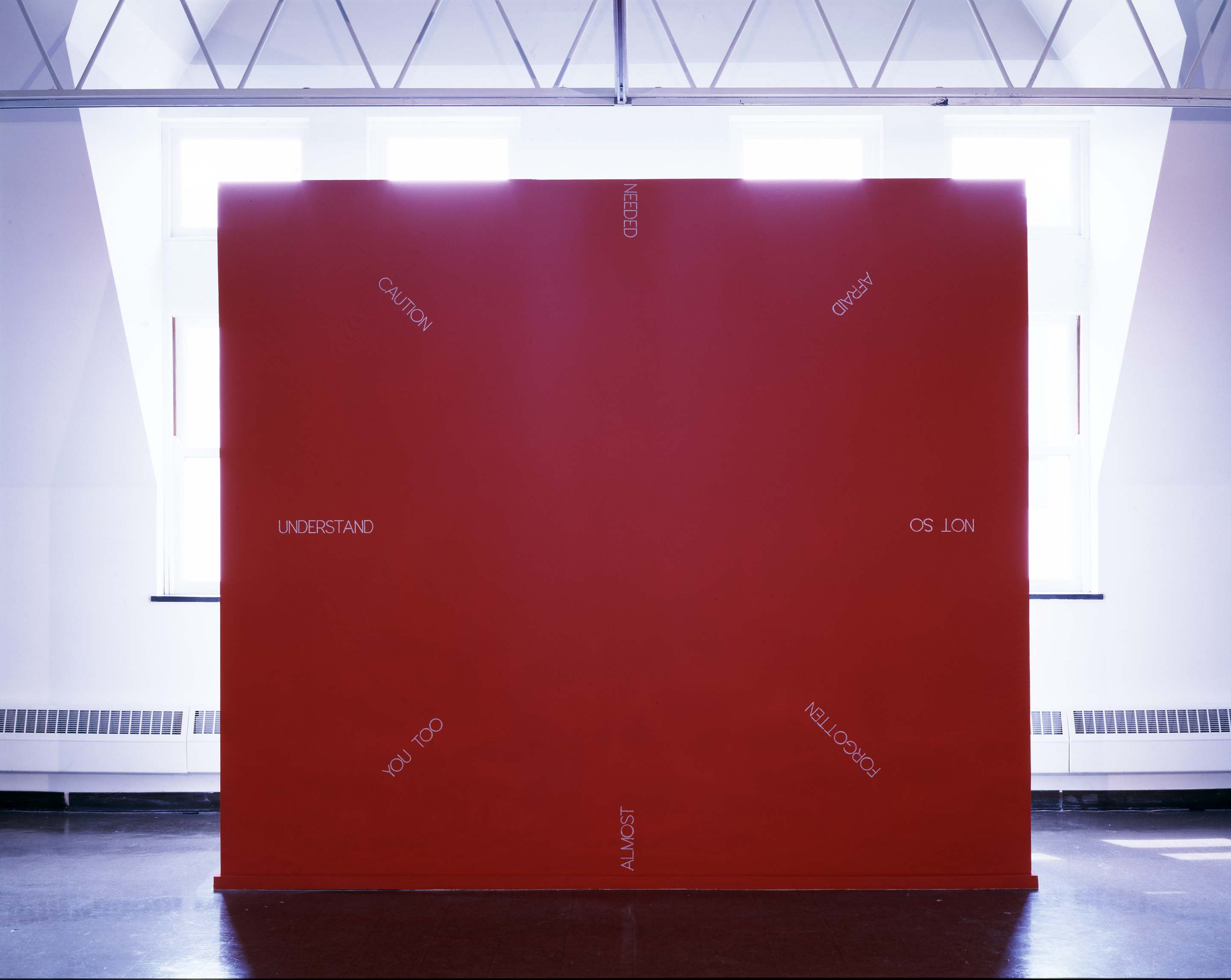 Robert Barry was a key member of the original Conceptual group. Since 1969, he has explored ways of developing our awareness of a larger reality through the use of words. This exhibition explores five different presentations: four separate wall pieces each with words written or “drawn” over colored walls; and a fifth sound piece of a continuous tape of spoken words separated by periods of silence.

The words or phrases suggest something before and something afterwards as though aligned in a thought, but physically placed in a continuum so there is no beginning and no end. The participant supplies his or her own meaning to them while the artist suggests the arena for thought. Unlike the written page with its clear contrast between paper and type, Barry’s words blend into the wall, visible yet invisible, or sound and echo in space, dissolving in and out of one’s consciousness.

Although Barry’s work is often termed “conceptual,” Barry objects to the word. The conception his works embody are felt thoughts. In fact, for Barry, the works are “symbolic” and function to “embrace the spectator with their significance.”