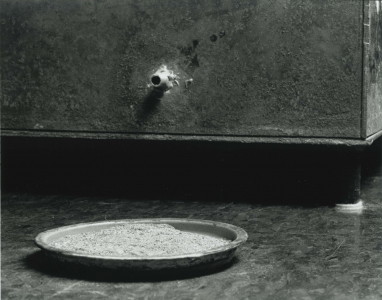 Judith BarryIMAGINATION, Dead Imagine and Model for Stage and Screen 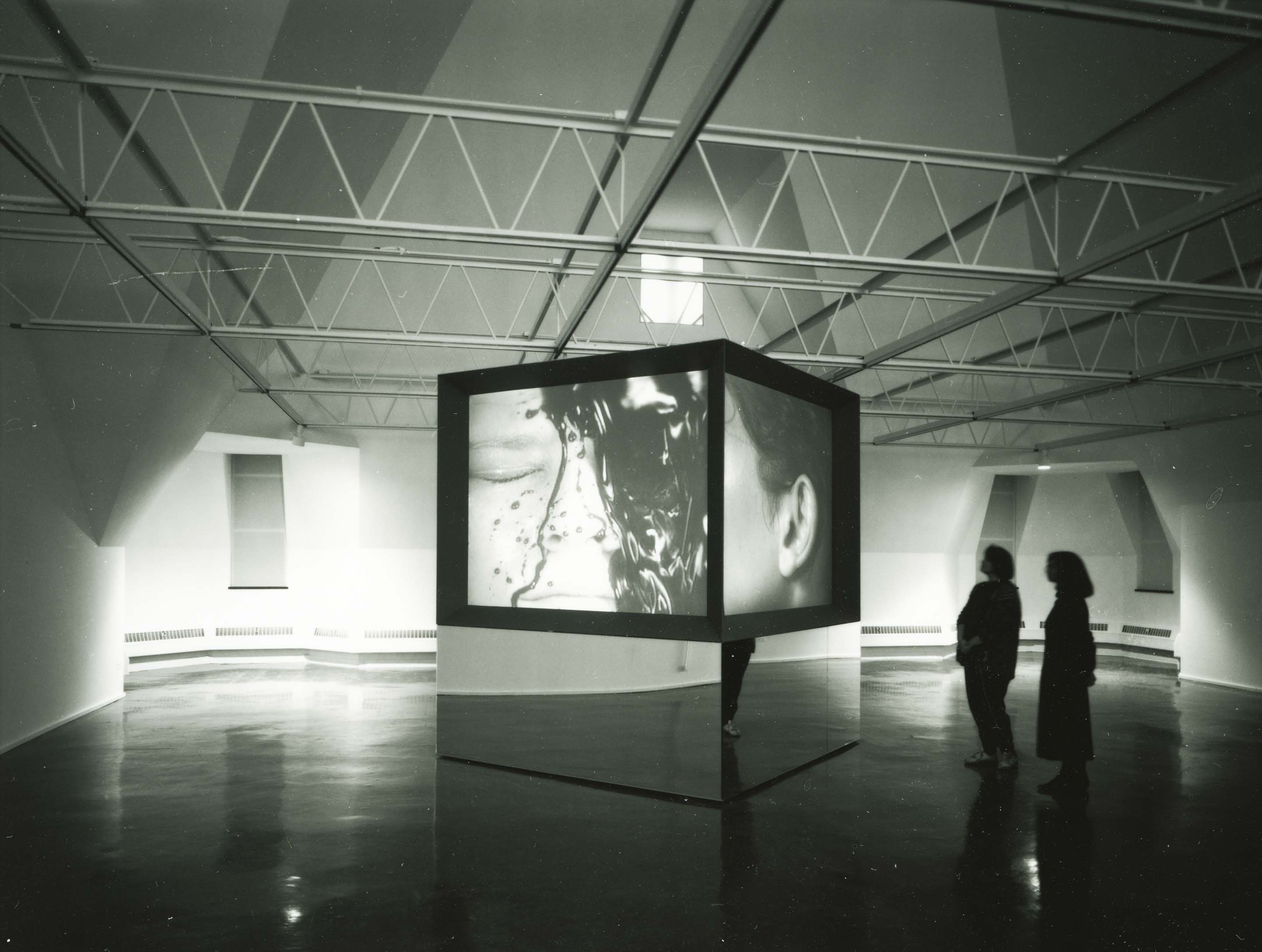 The Renaissance Society presents the Midwest premiere of two major works by New York video and installation artist Judith Barry:* Model for Stage and Screen*, a disorienting and light-filled chamber from 1987, and IMAGINATION, Dead Imagine, a video/sculpture from 1991.

An androgynous head is projected as if contained within a minimalist cube. Sounds of the head slowly breathing fill the space. The head is serene, waiting. Suddenly a substance pours over it from all five sides, drenching it in what apears to be a bodily fluid. The spectator wants to turn away but cannot…. Horror at the repulsive nature of the substance is replaced by fascination with the beauty of the ‘overwhelming natural energies.

So goes Judith Barry’s description of her piece* IMAGINATION, Dead Imagine*, a 10 foot high, internal projection video cube that symbolizes the struggle and powerlessness of lived experience. And yet, despite the gross vicitimization that Barry’s video represents, seeing it triggers in us a sense of sublime beauty and fascination. Barry plays on this all too familiar power relationship that occurs daily along the lines of gender, social rank, finance, or the law and in the workplace, on the street or at home. IMAGINATION, Dead Imagine characterizes the environment of abuse and tolerance in which many people, in order to survive, must live.* IMAGINATION, Dead Imagine* makes palpable how poorly our individual bodies and psyches are served through the totalizing systems of Modernism, statistics, or commerce. By projecting the image of a human head into an unforgiving form Barry asserts that as individuals we are trapped in a power struggle we cannot win—the spectacle of which overwhlems us to the point of tolerance and submission.

In Model for Stage and Screen Barry turns the tables of power to make us integral participants as opposed to passive observers of the work, and yet we are still unable to have any conscious control over what we perceive. The piece is structured around the neurological fact that our senses—in this case, the sense of sight—are capable of deceiving us, and around the desire to extend the sensation of a movie’s illusory space into real space.

Model for Stage and Screen is, in Barry’s words, “…a projection piece where the viewer becomes the projector. Two discs are suspended in a chamber. Green light and fog project out of the lower disc in such a way that the viewer begins to experience a variety of retinal effects, visions or hallucinations. leaving the chamber and escaping from these hallucinations, one experiences another retinal effect, retinal excitation, as you see red on the white walls of the antechamber. It is a work where the spectator has little control over what s/he sees.”

IMAGINATION, Dead Imagine and Model for Stage and ...