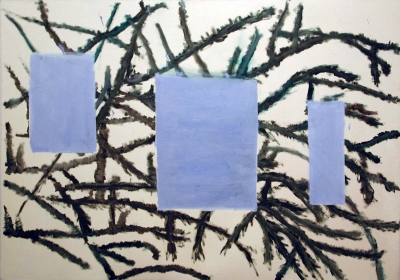 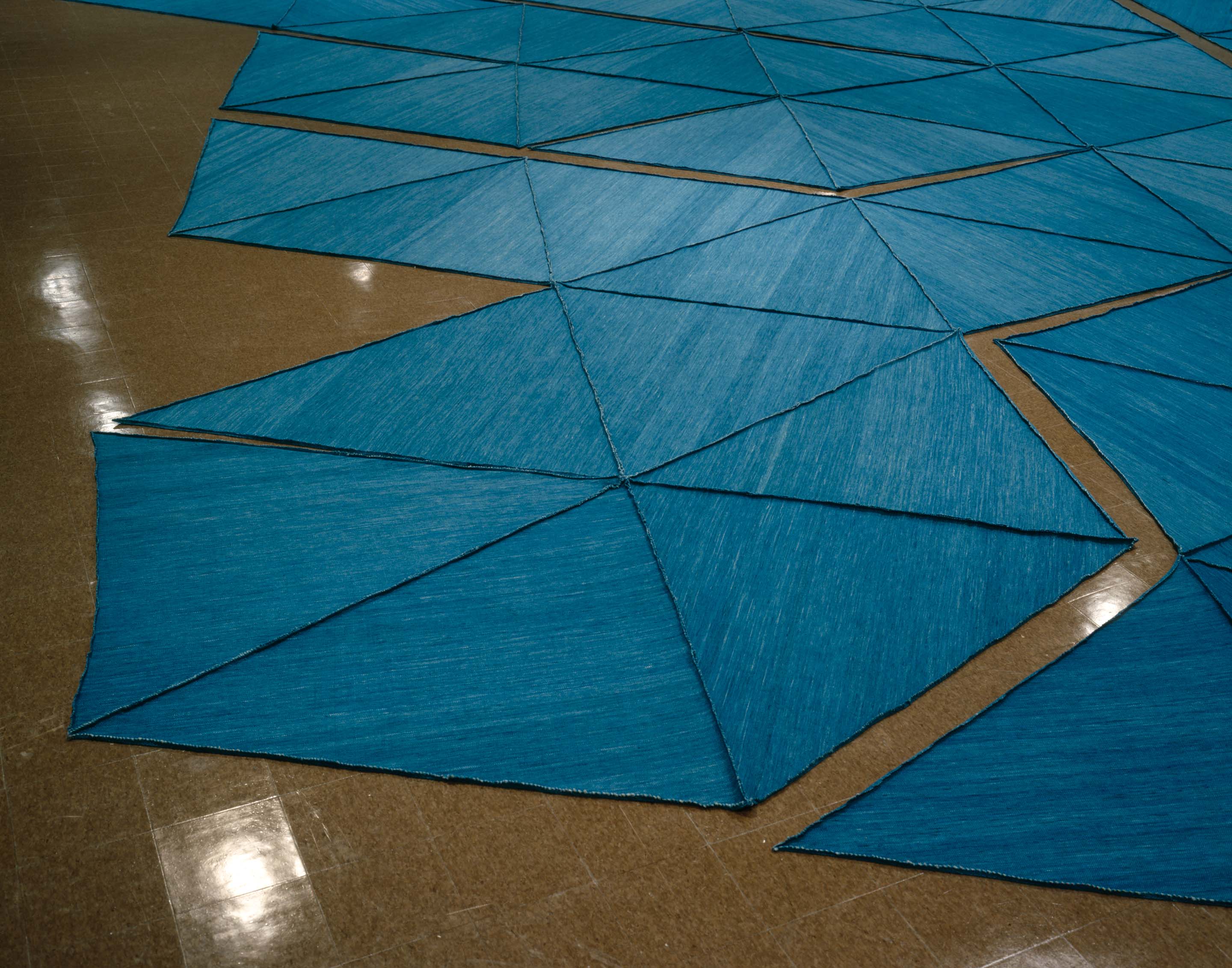 Given the disparate nature of her practice and her interest in language, the label conceptual artist suits Chicago-based Helen Mirra well. The components of her installations are often extremely simple, combining a textual element with a minimalist form. In addition, she has produced a sizeable output of film, video, audio recordings and artists books all of which bring to mind Fluxus. Mirra’s wit, however, is largely at the service of poetry, a sensibility befitting her favorite subjects; the sea, the landscape and childhood.

For her exhibition at The Society, Mirra has created Sky-wreck, a work based on the geodesic designs of Buckminster Fuller, utopian engineer, inventor, cartographer and architect, best remembered for the geodesic dome. Sky-wreck consist of 110 triangles with 330 edges of a polyhedral form cut from a coarse indigo cloth which is flattened to cover a large portion of the gallery floor. Mirra’s form functions as one of Fuller’s dymaxion maps in which he converted the globe into a triangulated polyhedron. Instead of representing the surface of the earth, Sky-wreck represents the firmament, or the sky in its role as support for the heavens. On a formal level, Sky-wreck corresponds to the interior architecture of the gallery which consists of an elaborate series of origami like folds configured to resemble a neo-gothic church. Conceptually, Mirra drew her inspiration for Sky-wreck from a variety of spiritual, artistic, and scientific sources ranging from Paul Celan (from whom the exhibition derives its name) to Dr. Bronner, from Marcel Duchamp to the Milesian philosophers of Ancient Greece.

Mirra has exhibited at the Museum of Contemporary Art, Chicago, as well as in New York, Los Angeles. She is an adjunct assistant professor at the School of the Art Institute of Chicago where she has taught painting, drawing and art history theory and criticism. 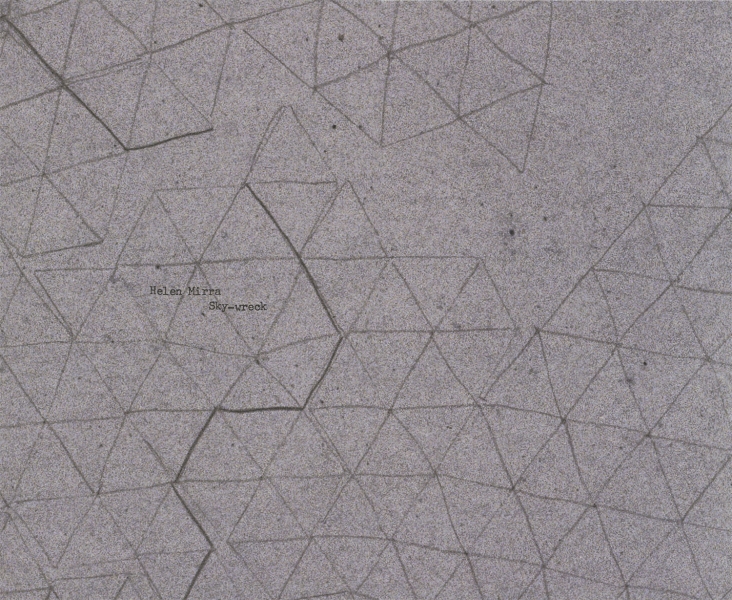 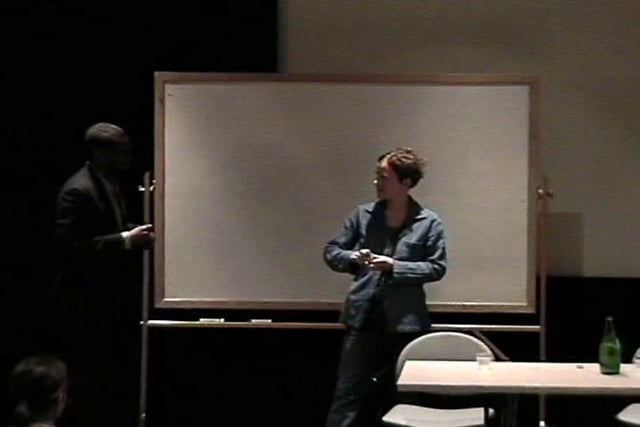 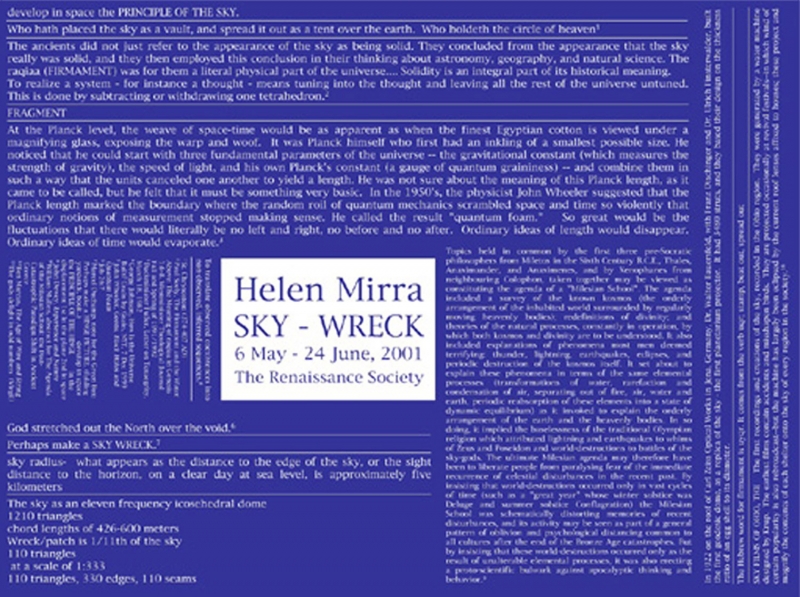 On the work of Helen Mirra