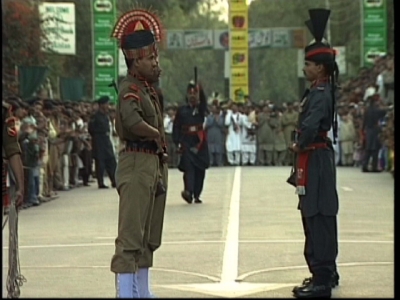 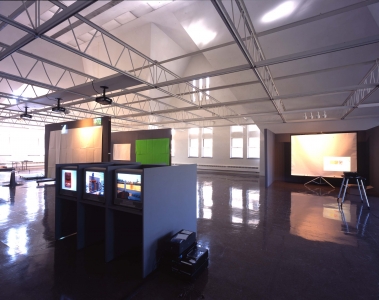 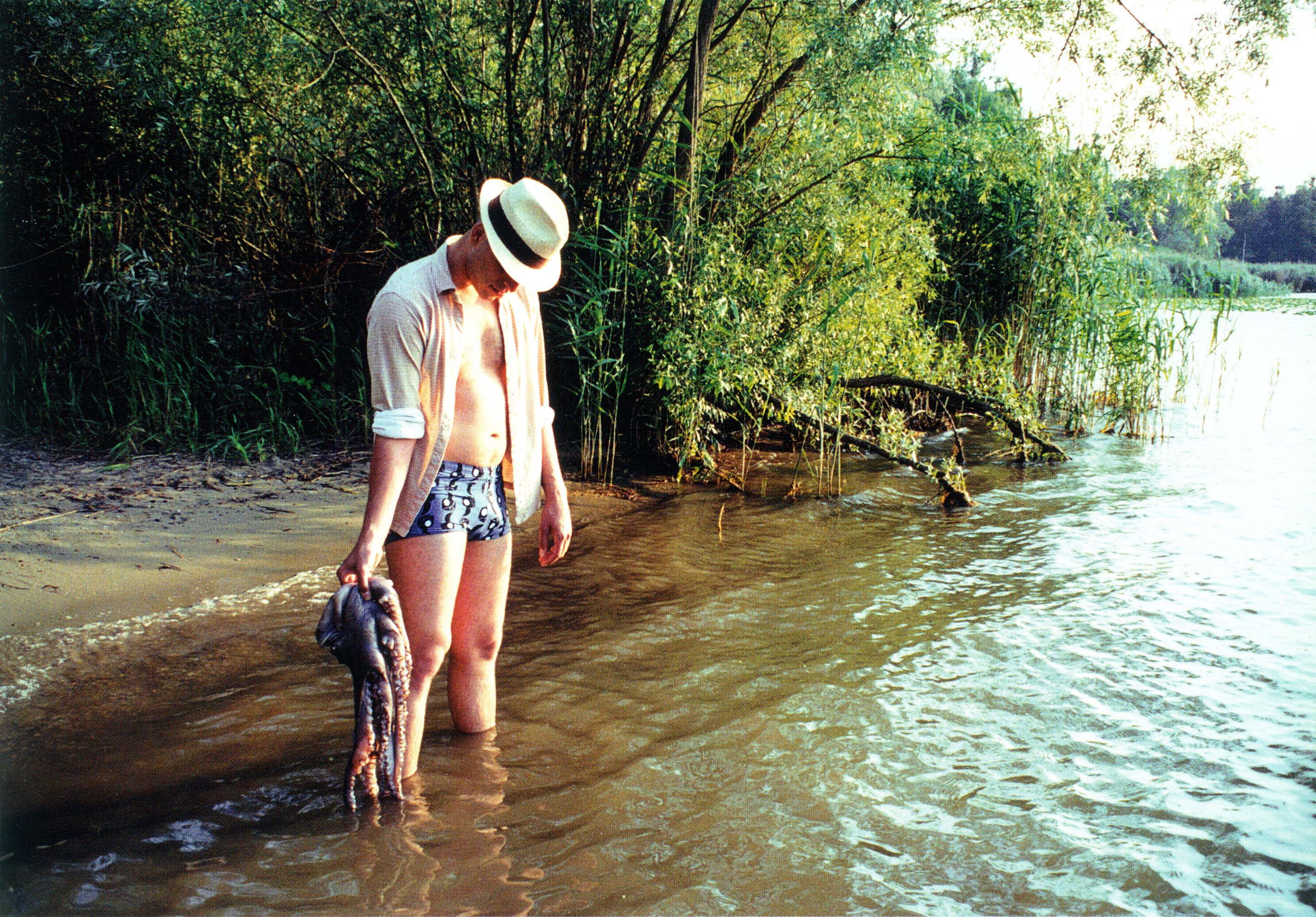 A recurring fantasy in film and literature is the fate of characters exiled to a place where the structures of society no longer apply. Angels Camp-First Songs is a four screen video installation featuring an array of characters who in Antille’s words “have decided to run away from society” to a place “where they build their own rules.” Lasting a total of eighteen minutes, the work contains both the magic and violence of a fairy tale. It begins with an angel who doubles as a chanteuse. Played by Antille, this character opens and concludes the piece. Based on her actions, her position is one of judgment and/or an “immoral ‘angel’” requiring sacrifice. The remaining characters form a makeshift family of refugees whose raucous play reveals both the liberating and negative aspects of their freedom.

Born in Lausanne, Switzerland in 1972 Antille belongs to a growing number of artists (Pierre Huyghe, Catherine Sullivan, Katarzyna Kozyra, Isaac Julien) who use the gallery space and the medium of video to reconfigure the traditional cinematic experience. But unlike that of her colleagues, Antille’s work is derived from longer narrative videos. Both the feature length video and the installation, however, are allowed to function independently of one another, each a work in its own right. For Angels Camp-First Songs, Antille has chosen particular scenes from the end of a 78 min. work simply entitled Angels Camp. Shot over the course of 2001-2002, Angels Camp is divided into four chapters, one for each season. It involves such themes as the discrepancy between dream and reality, and mother/daughter relations that run throughout all of her work. Angels Camp-First Songs extends the notion of kin to a Swiss Family Robinson of happenstance. The use of multiple screens allows the piece to unfold in a non-linear manner. Their number and scale (10’ x 13’) provide for a “direct and immediate” experience precluding the need for a story-line linking the characters. In short, the viewer is placed in the action of this uncharted desert isle. 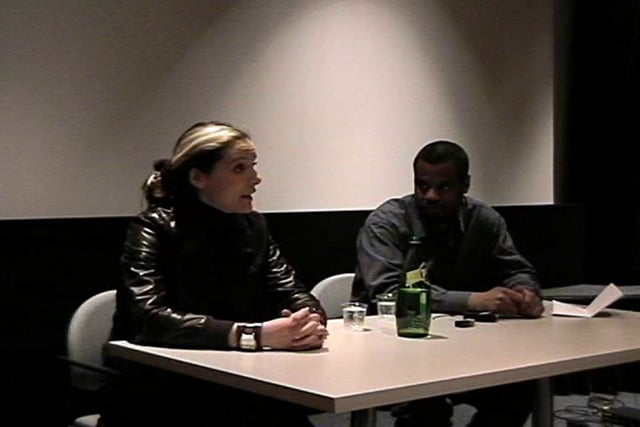 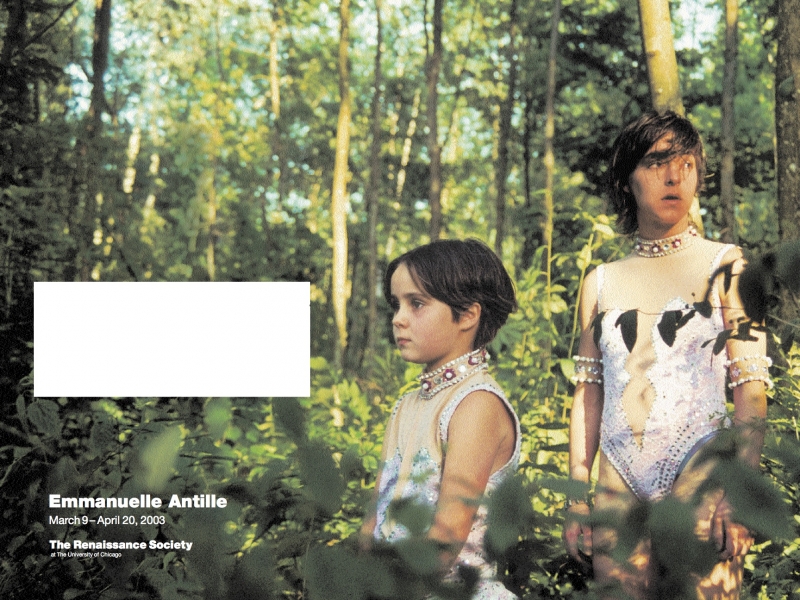