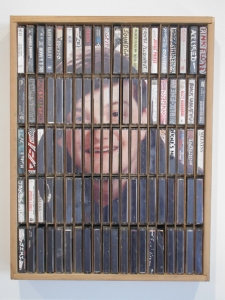 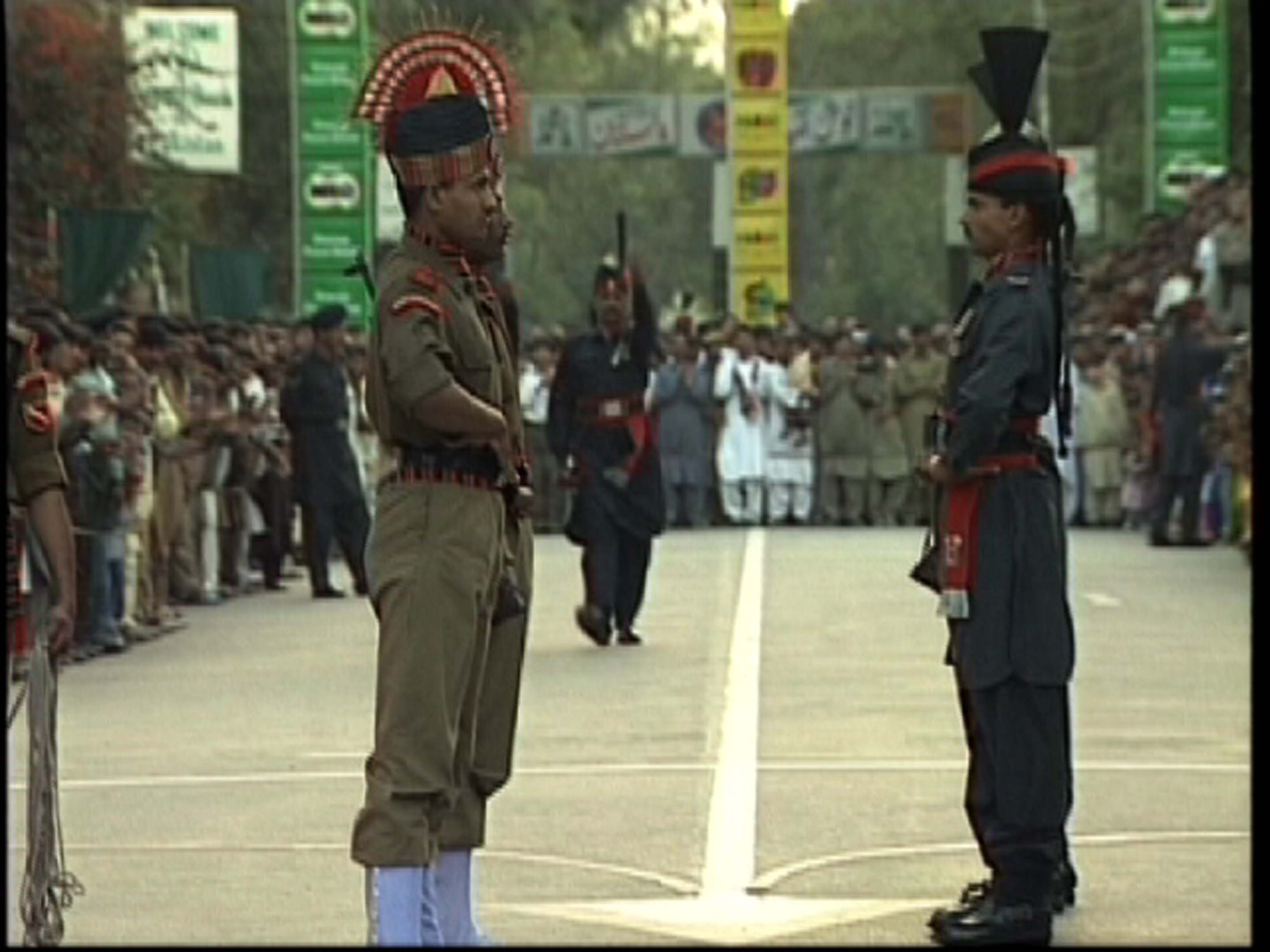 Amar Kanwar, Still from A Season Outside, 1997.

The Renaissance Society is pleased to present the work of New Delhi-based filmmaker Amar Kanwar. A particularly timely exhibition, in light of resurgent nationalism in the region, Kanwar establishes that Kashmir is merely the tip of an iceberg, the brittle and crystalline precipitate of a border anxiety that runs throughout India.

Kanwar has established a distinctive voice, having directed and produced over 40 films, and through them studying the economies and psychologies of power as they direct the evolution of health, ecology, labor, development, politics, philosophy, art and law. For Kanwar, questions of national and personal identity do not revolve around an essentialized Indianess or Hinduness ground in geography, religion or language. Instead, they are synonymous with tensions, now historic, generated from differences between groups. The exhibition will feature three of Kanwar’s films which are a mixture of documentary, poetic travelog, and visual essay.

Narrated by Kanwar, A Season Outside (1998) uses India’?s northern borders as the inspiration for a personal and poignant meditation on the source of violence. Ritual military patrols and ubiquitous coils of barbed wire mark a cease fire zone where “only the butterflies and birds are free to cross or rest on the wire as they do not disturb the circuit.” A Night of Prophecy (2002) was filmed in several diverse regions of India (Maharashtra, Andhra Pradesh, Nagaland, Kashmir) and features music and poetry of tragedy and protest performed by regional artists. The sources of anger and sorrow vary from inescapable, caste-bound poverty to the loss of loved ones as a result of tribal and religious fighting. The footage is a stunning glimpse of India’s diverse ethnic groups and topography from the rural mountains to its crowded urban centers. Produced specifically for this exhibition, The 30th of January (2003) is a portrait of Birla House, the site of Gandhi’s assassination which will have occurred 55 years ago to the day for which this work is titled. Situated in downtown Delhi, Birla House has become a gallery and shrine attracting hundreds of visitors daily. This short silent film is an homage to Gandhi as well as the visitors who embody the spirit of his legacy. Against the backdrop of a surge in militant, Hindu nationalism, Kanwar’s work is particularly telling. India’s current president, A.P.J. Abdul Kalam was a key figure in the development of the country’s nuclear weapons program, the start of which was taken to signal the failure of pacifism. This historical turn of events, from non-violence to nuclear armament does indeed suggest a circle. Then again, when Gandhi said turn the other cheek, he didn’t specify to the left or right. 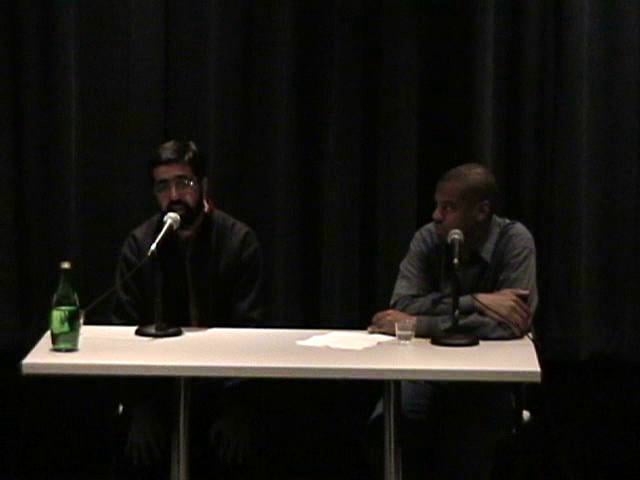 Of Poems and Prophesies: poster 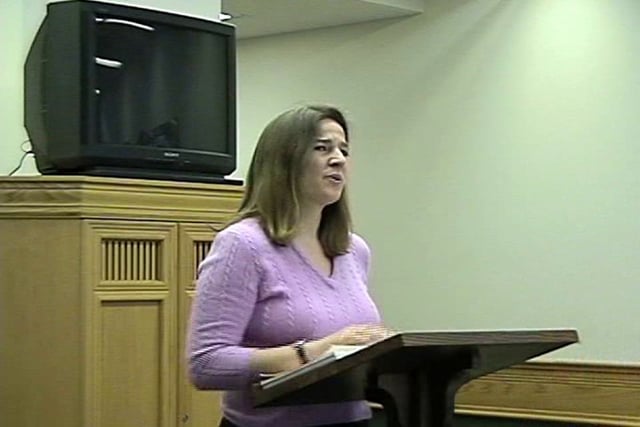 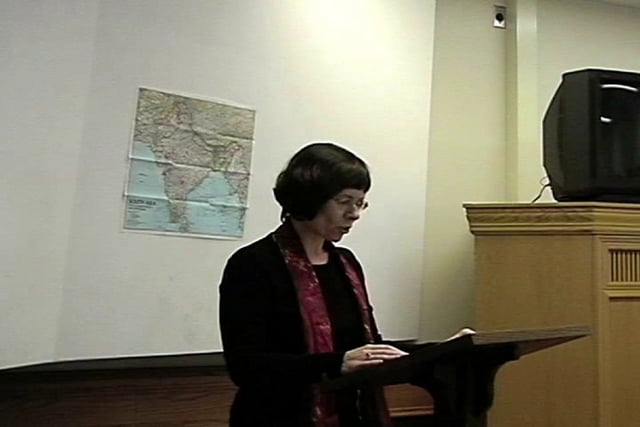 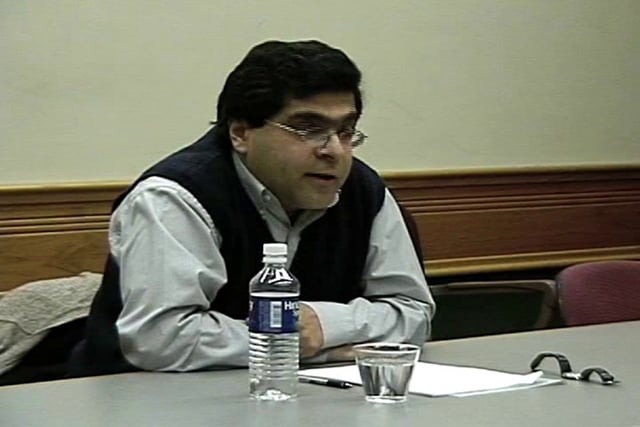 Of Poems and Prophesies: Works in Exhibition