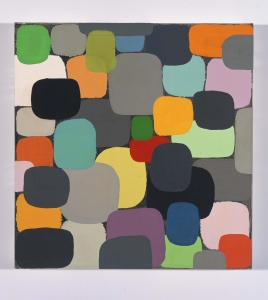 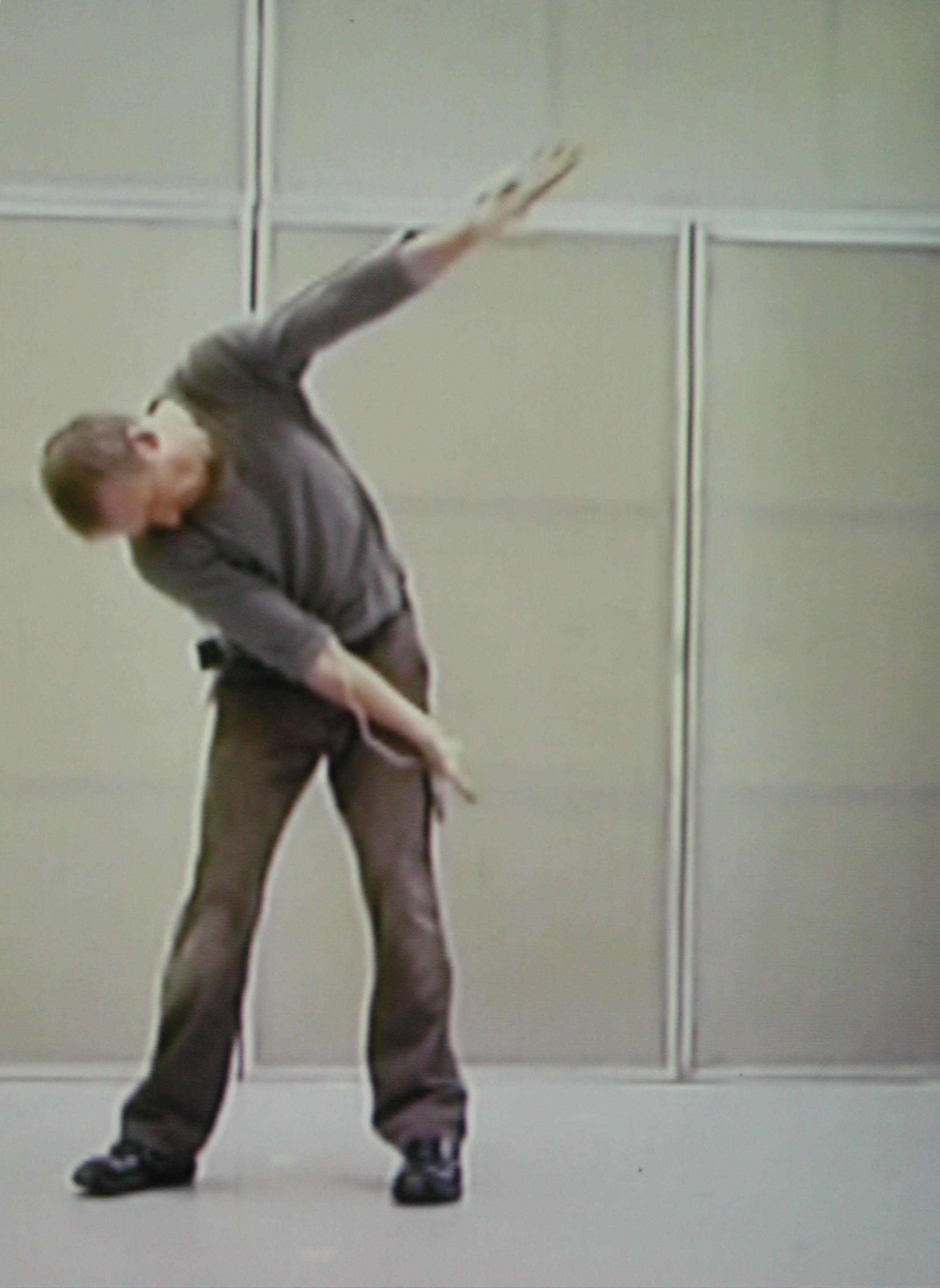 Peter Welz and William Forsythe, Still from whenever on on on nohow on, 2005.

Peter Welz (Germany) is known for his kinetic investigations of the sculptural body. This multi-channel video installation resulted from a collaboration with Frankfurt-based choreographer William Forsythe (U.S.). The work begins with Forsythe transcribing the phrase ‘whenever on on on nohow on,” a fragment of text from Samuel Beckett, into physical movements. This gesture, and the developing dance, was filmed by cameras placed in front, to the side, and above Forsythe, as well as cameras attached to the choreographer’s body. The five views are shown simultaneously on multiple screens. The experience is of an endless circle where the viewer chases both the phrase and the dance across the screens, without ever experiencing Forsythe’s actions as a single form. In addition to the video installation, Welz studied the footage frame by frame to create the “Airdrawing” series, a collection of gestural drawings that map Forsythe’s different hand placements, arm movements, and leg positioning in creating his solo dance.

Failure is an Option