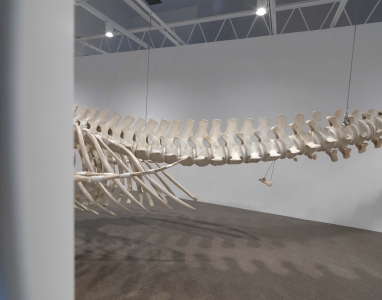 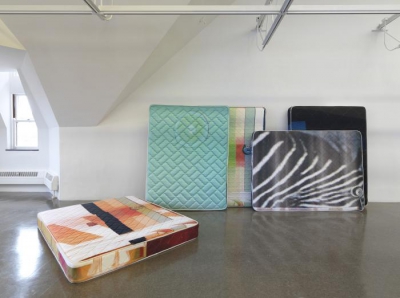 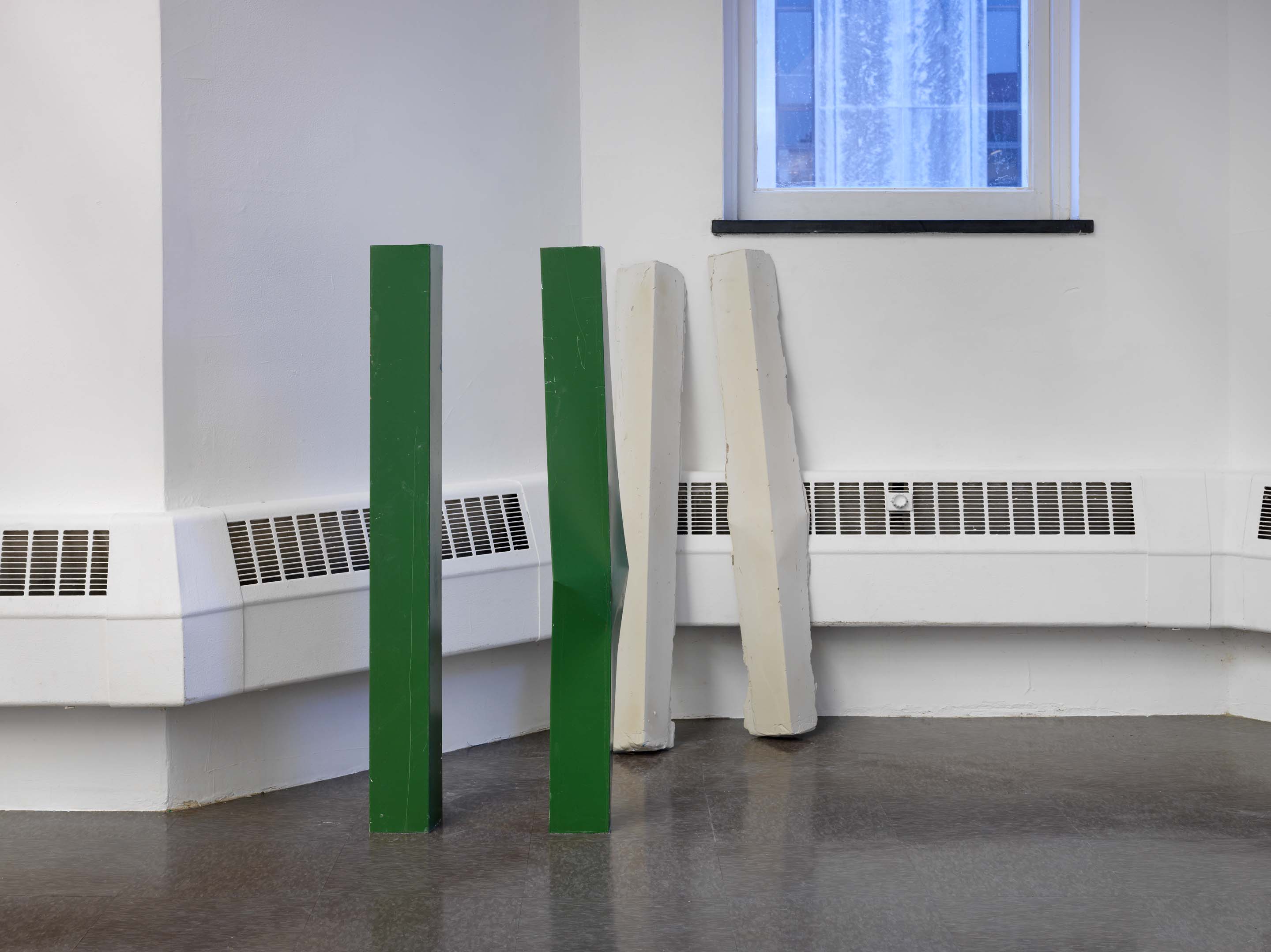 Assimilation to environment defines Schultz’s artworks from their genesis. The artist sources the materials she works with by scavenging around the site of exhibition. In this case, she manipulates found objects pulled from, among other places, the hardware store, the Renaissance Society basement storage, and a newspaper read during installation. She frees these “things” by disassociation, estranging them, removing them from their context so they can become: forms, colors, lines, themselves. The installation transforms these objects once again; in the gallery, her works layer themselves and each other, fully taking advantage of three dimensions, constantly redefining their parts in relation to one another. Elements stand, hang, and print on one another; each piece frames another, reweights another, depends on another. Language then intrudes: Schultz’s titling, her statements in interviews and conversations, the ephemera (posters, texts) she releases alongside the exhibition, and the words written on the things themselves, subject them to external references, altering their meaning ever further. And then, of course, there is the work’s reception throwing everything into new relief yet again. In this way, the artist suggests an art that is a predicament, a shifty, evasive, and radically unsettled state for a group of transitory objects and ideas. This work is ‘finished’ when it is shown, but only at that moment, in that place; everything will finish again and again.

This exhibition is funded by the Chauncey and Marion D. McCormick Family Foundation and the National Endowment for the Arts, with additional support from Institut für Auslandsbeziehungen; Harpo Foundation; and John Morace and Tom Kennedy. 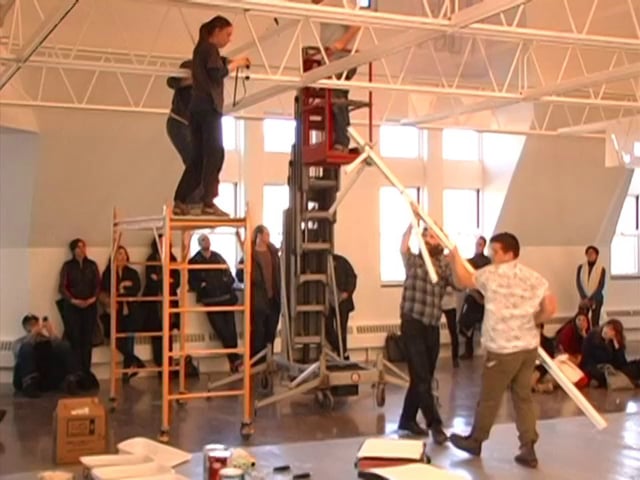 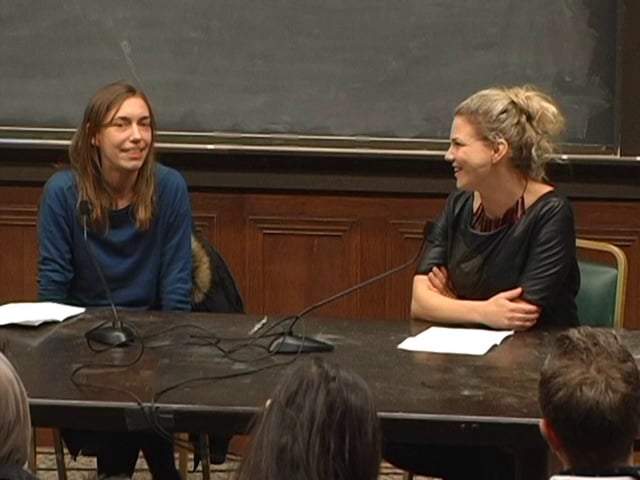 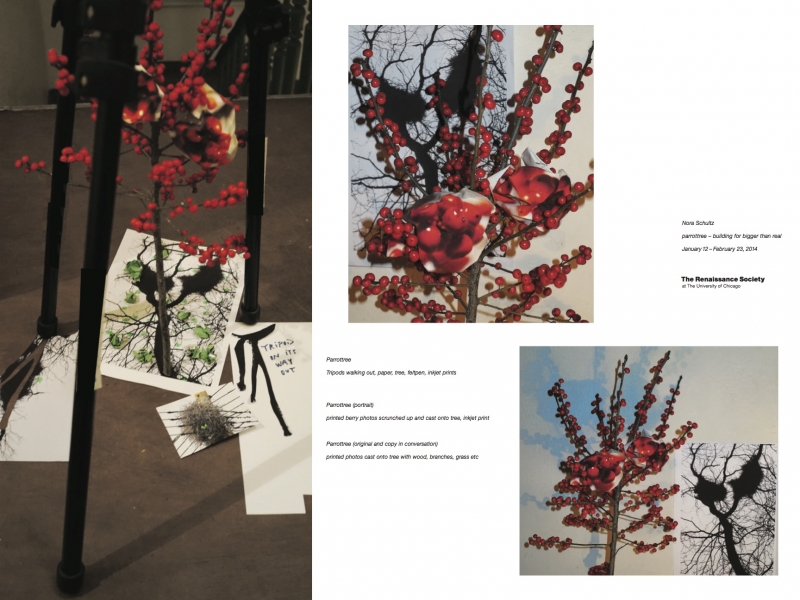