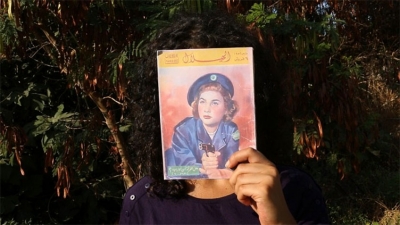 Haig AivazianAll of the Lights 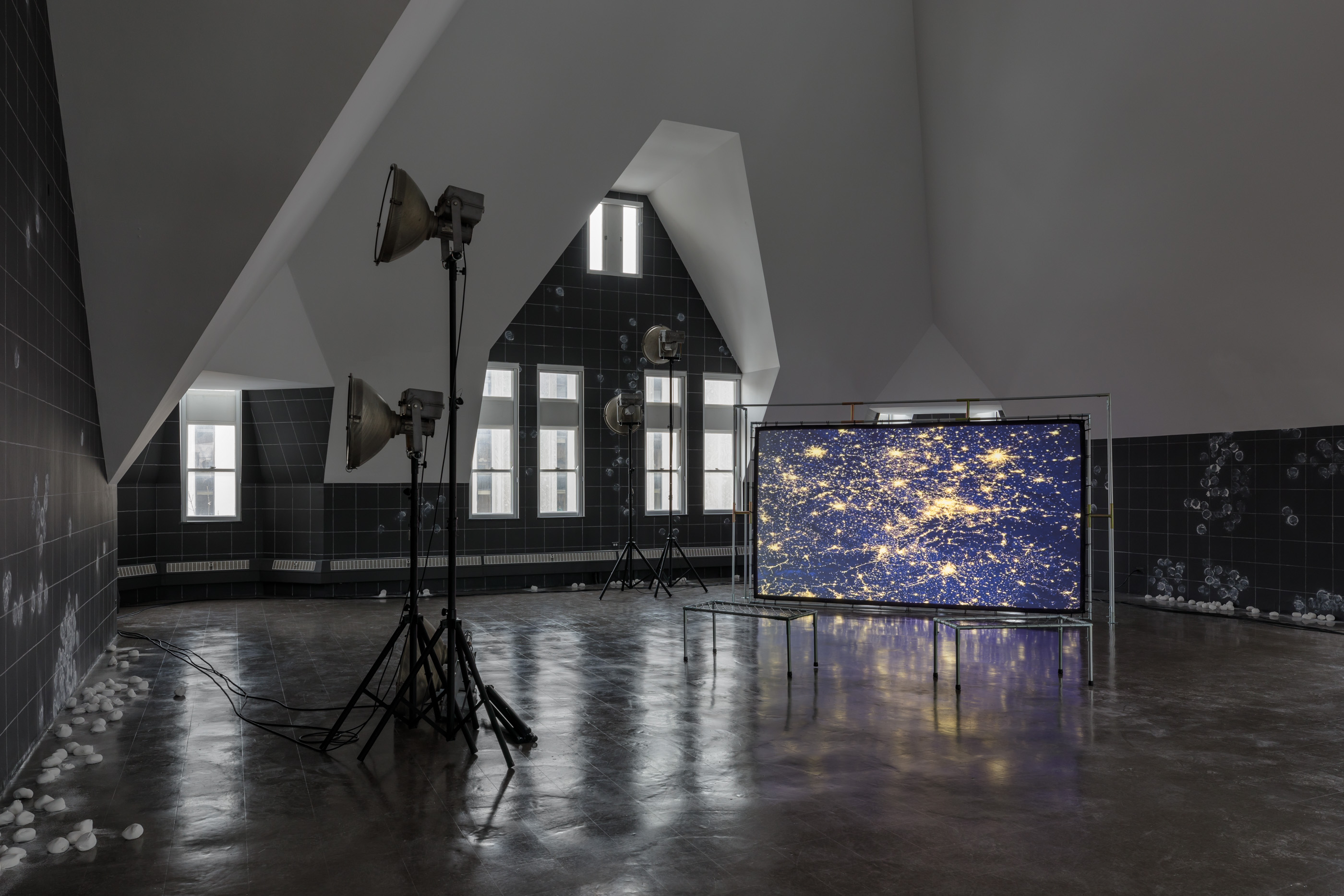 Haig Aivazian, All of Your Stars Are but Dust on My Shoes, 2021. Installation view in All of the Lights, 2021. Photo: Useful Art Services.

Haig Aivazian: All of the Lights opens to the public by appointment only on February 6, 2021. Guests may register for 1-hour time-slots on Tock. Attendance is free, but registration is strictly required as part of safety measures developed in response to the COVID-19 pandemic. Complete information on our new policies is available on our Visit page.

As he works across a range of media and modes of address, Haig Aivazian looks for what he calls “narrative conductors,” central motifs that might guide attention in unexpected ways. Something as elementary as fire or light can be a means to draw out meaningful links between things that might at first seem unconnected. Animated by research and more casual discoveries, his works track apparatuses of control and the effects of power as they are manifested in extractivism, technology, and subjectivity.

For All of the Lights, Aivazian presents an immersive installation made up of a trio of works, including the premiere of a video commissioned as part of the Consortium Commissions, an initiative of Mophradat. All of Your Stars Are but Dust on My Shoes (2021) tracks the public administration of light and darkness as an essential policing tool. The video moves between cities like New York and Paris, with the artist’s native Beirut setting the central pulse. Creating an associative genealogy that moves from whale oil lamps to gas lanterns to LED bulbs, from blackouts to curfews, the video is comprised of found footage and material from the artist’s own phone. Layering, splicing, and confronting disparate kinds of sound and image, Aivazian generates a sensorial meditation on how the fundamentals of human vision—light hitting the retina—were mechanized into tools that capture our movements, be it in everyday life or on screen.

In this exhibition, the new video joins iterations of two other recent works by the artist. Together, the three works are configured as a larger installation that Aivazian has tailored to the architecture of the Ren and synchronized along a cyclical sequence. Wrapping the gallery walls in a grid drawn in chalk—and pelted with chalk balls—1440 Couchers de Soleil par 24 Heures [1440 Sunsets per 24 Hours] (2017/2021) sets the stage with an iconography of motion tracking and heat maps shared by sports metrics and predictive policing. (This latest iteration incorporates four maps from Chicago based on predictive and recorded crime data.) Drawing from the advent of public lighting as a cornerstone for a lasting regime of quantification, calculation, and standardization, Aivazian has created a wireframe environment spotted with floodlights as infrastructural allusions to streets and stadiums.

In a second video, Prometheus (2019), fire is the main trans-historical motor, as it observes two paradigm shifts in American hard and soft power: the United States’ assault on Iraq in 1990 and the gold-medal-winning “Dream Team” of the 1992 Olympics, populated by NBA superstars. In an agile flow of found footage, Aivazian streams and cuts between ancient fires, resource extraction, and technological warfare—following a fire only momentarily contained, only partially domesticated, but repeatedly mobilized, since its theft from the heights of Mount Olympus, to its unleashing on the oil fields of Kuwait.

All of the Lights is part of The Consortium Commissions, an initiative of Mophradat. Every two years, for this innovative co-commissioning model, Mophradat creates a network of collaborating partner museums and art centers that collectively select, produce, and exhibit ambitious new artworks by artists from the Arab world. Aivazian’s new project is presented in association with The Showroom, London.

Additional support for All of the Lights is generously provided by a grant from the Graham Foundation for Advanced Studies in the Fine Arts. All of the Lights: mobile gallery guide 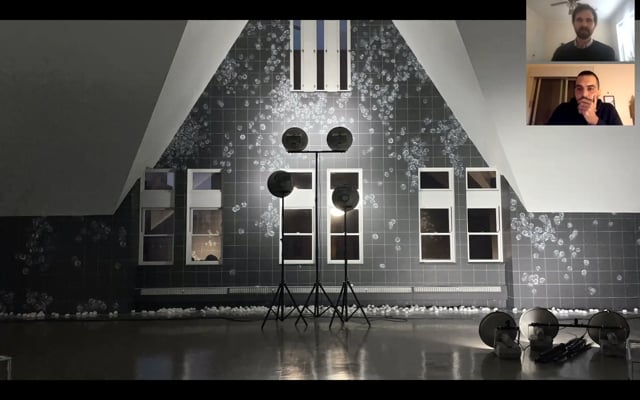