Paintings and Drawings by Dufy and Survage 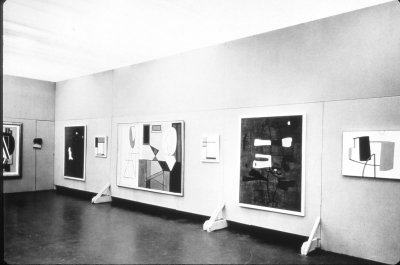 From the exhibition brochure:

The Renaissance Society of the University of Chicago announces A Historical Exhibition of Bookbinding showing the development of art from 3000 B.C. to the present time - to be shown in 205 Wieboldt Hall 1050 East 59th Street May 7 to 20- Open to the public daily including Sundays from 2 until 5 o’clock.

Included in the exhibition are the earliest “book” which is a clay tablet made 3,000 years B.C.; papyrus rolls; folded vellum; rolls; the old wooden books the for of which has persisted up to the present; the early chain books; and horn,metal, embroidery, velvet, leather covered boards with blind and gold tooling.

The President and Directors of The Renaissance Society extend grateful acknowledgments and thanks to: