In this show, three of the most influential sculptors of the 1980s and 1990s were presented in the early moments of their career. Gober, Koons and Steinbach exemplify the shift in sculptural practice toward the recontextualization of ordinary industrial and commercial objects. Highlighting the commodity supports, cultural remainders and overwhelming excess of “stuff” that surrounds us, their works address the alienation of the individual in a consumer society. Now fifteen years later, all three have been storming the art world again with important and controversial work. The essay by the ever thoughtful Gary Garrels, curator of prints and drawings at MOMA, offers an early look at the trajectories undertaken by Gober, Koons, and Steinbach in the mid 1980s and is notable for featuring numerous statements by the artists themselves about their concerns and methods. 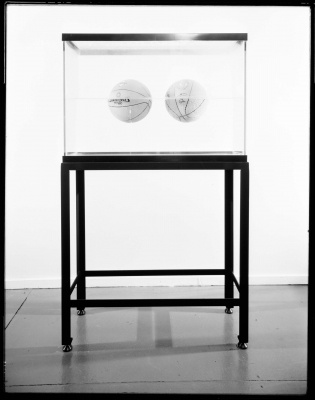