When commissioned to produce a work for the Renaissance Society, Thater chose to document two Hollywood-trained wolves being instructed to stand still. The result was China, a video installation which takes its title from the young white wolf co-starring in the work. Filmed and projected in the round, this installation is best described as a structuralist videographer’s version of Cinemax in which culture is truly raised to nature’s terms. The catalogue documents the installation as it was exhibited at the Society and at Le Creux De L’Enfer in Thiers, France.

Text in English and French. 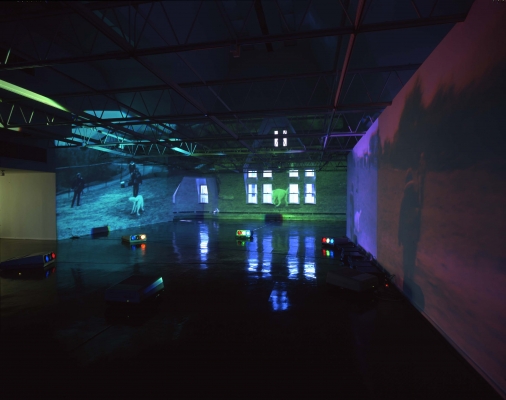