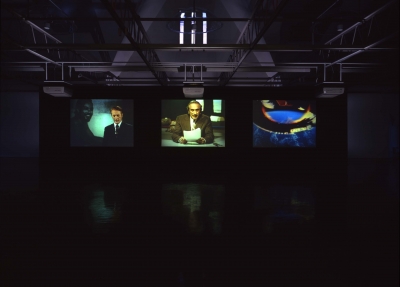 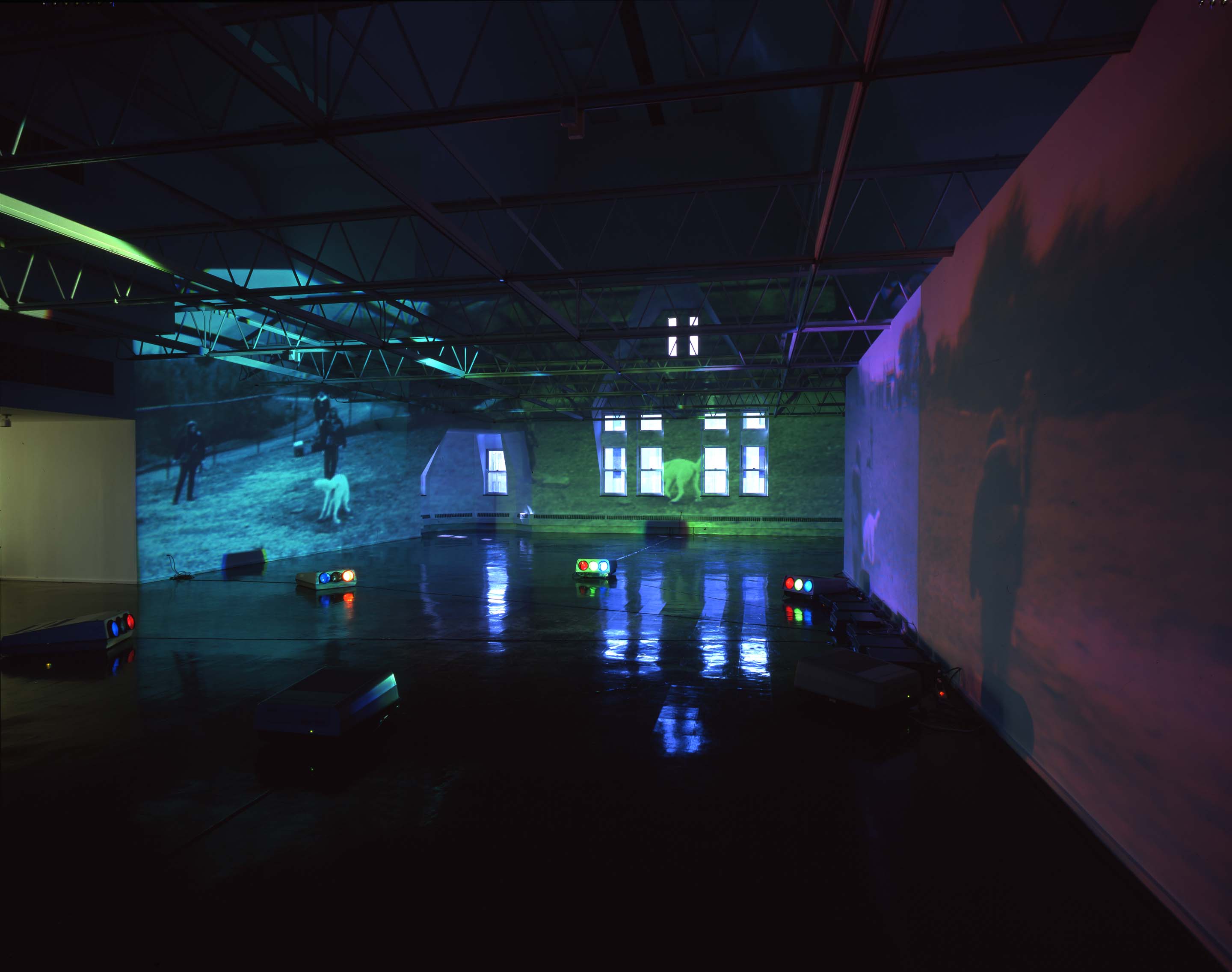 This is the first one-person museum exhibition by Los Angeles artist Diana Thater. Thater’s videotapes and projected-video installations confront the optical and social nature of television. Her installations exaggerate the ocular projection of television as a metaphor for the pervasiveness of an inherently broadcast medium. Large video projectors transmit images onto the surrounding walls in ethereal unions of technology, image, and architecture. Each component is enhanced and corrupted by the other in the course of the videotapes evolving narrative, as well as by each viewer’s movement through this theatrical environment. For this exhibition, Thater has created a new work, China, named for its star, a white wolf trained for Hollywood work. Thater’s piece projects a 360 degree panorama of the wolf being trained to hold still, a task that goes against both its nature and the nature of television. Crossing through the projections, the viewer becomes like the wolf—caught in his or her paces, self-consciously realizing how well trained we as viewers are.