D: “You’re the biggest asshole I know and you’re the only thing that makes sense to me.”

“My mother had explained to me that buildings needed human breath in them to keep them moist and held together (…) Abandoned buildings are like abandoned people — they die sooner.”

“Friend” is the loosest of terms we have for how we relate to each other. Not always democratic or inclusive, friendship starts with negation: we collectively wish everyone else would go away. Friendship can be impolite, and as it unfolds, it can be tortuous. It is tensile, capable of bearing heart-wrenching passion, ambivalence, or even the absence of feeling. It is sometimes what’s left when nothing else is possible. More broadly, friendship is a mode of alliance that exists beyond typical kinship and outside of institutional relations–family, profession. It’s an elective affinity without finality. Being a good friend signals an inclination to form anomalous, unproductive bonds that exceed strategic self-interest.

Because “friend” is such a malleable term, friendship slips through the interpersonal taxonomy on the one hand, and resists the commodifying capitalist agenda on the other. Friendship is anti-institutional by definition. It has been made pretty clear during the sanitary crisis that just shook and transformed our world that such forms of non-abiding relationships were not serving the standardizing agenda of our political leaders. Policies of isolation (albeit necessary) picked their battles and handpicked the entities they were willing to protect: the nation-state, the nuclear family, the profitable business and the individual consumer. Relationships existing outside of the family or profession were ignored, denied, made invisible.

In his 1981 interview “Friendship as a Way of Life”, Michel Foucault brings up the transgressive aspect of non-romantic affective rapport between humans: the vocabularies and institutions that let us name and thus stabilize how we relate to one another can only accommodate certain configurations of age and gender. Friendship is one way to narrate relationships that falls through the gaps of legitimate human connexions within capitalism. He calls it “a desire, an uneasiness, a desire-in-uneasiness” and adds: “Institutional codes can’t validate these relations with multiple intensities, variable colors, imperceptible movements and changing forms. These relations short-circuit it and introduce love where there’s supposed to be only law, rule, or habit.” Friendship is subversive because it has no finality and no plot. It is disinterested in theory. Like in faith–or gambling–who knows what we’re getting back at the end of it.¹

In BoJack Horseman–the hilarious, moving, and brilliantly written animated screwball sitcom (or “traumic” as Lauren Berlant defined it)² that aired between 2014 and 2020–friendship happens by the pool. Lily Scherlis, an artist and writer, describes the show’s self-conscious use of the pool as “a prop in a modern Narcissus myth,”³ a suburban status symbol turned medium of self-reflection. “Friendship happens by the pool because for BoJack, it takes place on the periphery of self-absorption.” Set in Hollywoo (the D got stolen), and featuring a group of jittery insecure humans and similarly neurotic, self-absorbed and flaky talking animals, the show follows the daily lot of lonely people whose despondent longing for attention (affection?) and fame gets concealed by layers of narcissism. The ever-present glorification of achievement and the obsession for performance made BoJack’s characters–and, to be fair, the rest of us, too–willing captives of what philosopher Byung-Chul Han coined as the “inferno of the self.”⁴

“Hell is other people” wrote Sartre. “I” is hell, retorts Han and “other people” are disappearing from the proverbial equation. Think about it: accelerated global capitalism meets fetishized individualism meets technologically mediated social interactions. Think about it more: Kim Kardashian hit a record of 1,500 selfies a day. In our era, the function of the Other becomes primarily to heighten narcissism by granting attention, as consumers, to the ego exhibited as a commodity. Han doesn’t sugar-coat it: our relationships are reduced to self-buttressing pacts of agreeable existence, especially when it comes to romance.

Overheard on Twitter recently: “Straight, white couples look like business ventures.” The comment is snide, but, incidentally, doesn’t fall far from Han’s argument: contemporary romance puts forth ideas of “compatibility,” “stability,” “balance,” and “harmony,” which in earnest reduce the Other to an instrument of one’s own well-being and negate the radical experience of alterity–one of dissonance, among other things. True love and organ-wrenching desire do not happen in the regime of the ego, do not happen only through knowing, grasping, or possessing. Our achievement society, says Han, where anything is possible and everything is a project, has no access to love as something that wounds or incites passion: “the desire of the other is giving way to the comfort of the same.”

Contrary to romance, friendship–in BoJack and in life–is a type of relationship that might offer salvation, and a possibility for a renewed poetics of the Other, one that happens on the periphery of self-absorption (the pool!). “Friend” belongs to a class of terms that linguists characterized as “non-predicative.” Like insults or philosophical concepts, “friend” can’t establish a class that includes all the things to which it refers.⁵ Surely this is what Montaigne had in mind when he sneered at pressure to unpack his passionate friendship with LaBoetie, and gave us the most mainstream yet poignant ode to friendship’s undetermined ethos: “If a man should importune me to give a reason why I lov’d him; I find it could no otherwise be exprest, than by making answer: because it was he, because it was I.”

Fun fact: the Indo-European etymology of the word “freedom” means to be among friends. Freedom was once inseparable from the right of belonging. Only in modern capitalism did freedom become a lonely fiction, walled-in by self-interest, repackaged around the ideal of a healthy, patriarchal, rational, property-owning individual. To paraphrase Bergman and Montgomery,⁶ if capitalism works by dismembering transformative relationships, can friendship be reevaluated as a radical form of kinship? To become what we need to and for each other, and to find power in friendship and in non-normative structures can be a way towards social change. Historically, minorities have provided one of the richest archives of friendship through history: women, slaves, lower classes, migrants and queer communities developed friendship as a praxis–a way to act in the world and to resist the absence of public recognition and support, as well as to short-circuit the exclusionary foundations of western notions of sociality. Very often, the idea of a community is perceived as a modality of fusion or production when what it is, really, is a system of resistance against immanent power.⁷ We befriend people and ideas that we want to spend time with–our free time that’s not co-opted by the capitalist agenda.

However, the mainstream rosy vision of friendship as a touchy-feely companionship and a promise of unconditional reciprocity has contributed to the flattening of its affective complexity. “Friends don’t always understand you, can hurt you, will not necessarily save you, and they do leave you, eventually,” writes Lily Scherlis. Friendship is not always democratic or egalitarian, but rather selective and not entirely inclusive. In her analysis of the non-euphemistic friendship that tied Hannah Arendt and Mary McCarthy, the writer Svetlana Boym rejects the conception of friendship as a mode of confessional intimacy (“an echo chamber of one’s overflowing narcissism”). Friendship can be intimate but friends can remain opaque.⁸ Friendship can be asymmetrical and is not necessarily reciprocal. And just as often, friendship is oblique. “Watching is the format of friendship.” writes Scherlis. “Rather than face to face, friendship’s geometry is triangular: you and another person sit next to each other, looking at a third thing. Sitting next to each other offers vulnerability-averse characters like BoJack a means to relate to someone obliquely, without the pressure of head-on confrontation.”

Smashing into my heart borrows its title from “how many of us have them”, a poem by Danez Smith that appears in Homie, an electrifying ode to the saving grace of friendship.

i got a crush on each one of your dumb faces

smashing into my heart like idiot cardinals into glass

but i am a big-ass glass bird, a stupid monster

The artists presented in the exhibition don’t necessarily consider friendship as a subject but embody the fluidity and complexity of the notion, its non-abiding essence. For some, it is a condition of art making. “I paint people that I’m fascinated by,” says Xinyi Cheng, “They are my friends whom I find beautiful and eccentric.” For others, it is a model, or rather a formal metaphor as they touch upon overlooked structures of support (Nairy Baghramian) or systems of care (Park McArthur). Longing, love, and overflowing sentimentality are present too (Camille Blatrix, Ceal Floyer), while irony has left the building. “Do you think you’re better off alone?” – the Alice DJ slowed-down version from Tita Cicognani’s video becomes a mantra for the exhibition as well as a cautionary tale for the dilution of the Other within the neoliberal narcissistic agenda.

A vital alliance, a sharing of acts and thoughts, an exercise in freedom, friendship is not a stable bond, but a vector of accountability and identification outside oneself. It is a shifting framework for interrogating how we move in the world.⁹ Like good art, a good friendship is non-linear, it bears complexities and contradictions. Like very good art, it changes lives. Or maybe it saves them.

¹ Artist Piero Golia compares friendship to faith and gambling, forming the trifecta of his life-cum-practice.

² In her essay The Traumic: On BoJack Horseman’s “Good Damage,” 2020, Lauren Berlant defines the traumic as “a genre that milks the formal likeness of trauma and the comedic: in a traumic, the beings under pressure and disturbed by what’s happened around them are usually destined not to be defeated unto death but to live with the light and heavy effects of damage, still acting, being acted upon, and trying to keep things moving, which is to say, surviving.”

⁵ Giorgio Agamben compares the semantic nature of the term “friend” to insults and philosophical concepts. He also draws a parallel between “friend” and the syntagm “I love you” which are both performative: their meaning coincides with the act of their utterance.

⁸ I read “opaque” here as part of opacity as defined by Edouard Glissant: to love a friend is to recognize the difference and estrangement of the Other. 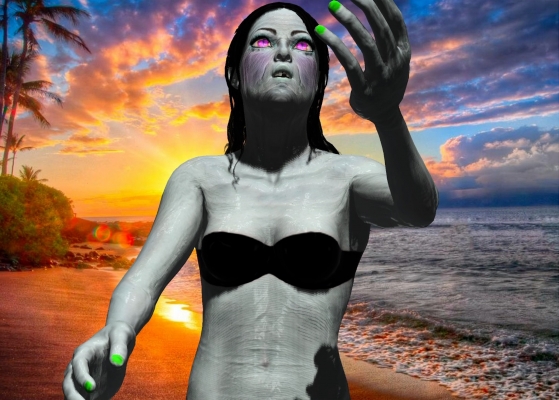