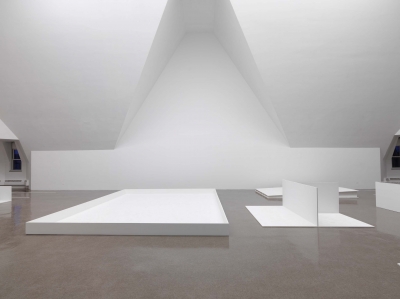 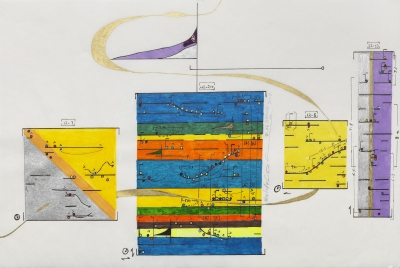 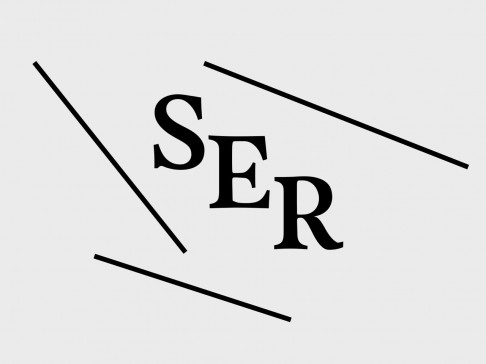 Note: The audio program is 35 minutes in duration, commencing on the hour.

In Greek mythology, sirens dwell on the rocky coastline, singing for passing ships. These enchanting creatures take on the guise of beautiful women, but it is their voices that seduce the sailors. Like oracles, sirens know the past and the future, but their song makes the present moment stretch on forever, as their listeners waste away in a reverie. Irena Haiduk’s new work for the Renaissance Society transforms the exhibition space into a temple, or a theater of waiting, where sirens lounge in the eaves overhead. A discursive data stream fills the room, carrying a song in the form of a debate between two melodic voices.

In early 2015, Haiduk interviewed Srđa Popović, one of the former leaders of a non-violent student movement that deposed Serbian autocrat Slobodan Milošević. To create the centerpiece of Seductive Exacting Realism, Haiduk hired voice actors to recreate her conversation with this revolutionary operative, a man who continues to make history. After success in Serbia, Popović co-founded an influential consultancy brand, the Centre for Applied Nonviolent Action and Strategies (CANVAS); he is still in the business of non-violent regime change, but now as an advisor for hire and a practical theorist with a “blueprint for revolution.”

Contemporary art institutions in the global north often expect artists to be agents of social change—visionary consultants by another name. In this respect, CANVAS is the dark inverse of the art world’s revolutionary desires. For these institutions to truly accomplish what they claim to want, Popović would be the man to hire. But it’s a tangled, tricky business, as both artist and revolutionary know, and that’s partly what drives their conversation. CANVAS has trained pro-democracy movements in fifty countries, including Burma, Tunisia, Egypt, Turkey, Ukraine, and Iran. Many of these resistance movements have succeeded, only to bring about indefinite periods of transition, in which the country becomes destabilized and primed for the intrusion of new market economies. Furthermore, CANVAS has drawn criticism after WikiLeaks revealed that the organization has collaborated with Stratfor, an intelligence firm whose clients include the US government and corporations like Dow Chemical, Lockheed Martin, and Google.

Navigating this complicated terrain, Haiduk’s Seductive Exacting Realism—a two-part project, presented as parallel exhibitions at the Renaissance Society and the 14th Istanbul Biennial—is neither an exposé nor an indictment. Rather, it is an excursion into the deep waters of revolutionary desire and high stakes event planning on a world stage, where questions regarding political efficacy, complicity, and the limits and potential of art rise up from the depths. In fact, many of Stratfor’s clients also provide funding support to art institutions, and some of Haiduk’s supporters are Stratfor clientele; in a sense, the artist and CANVAS are in the same boat.

There are two ways to escape death by sirens: 1) look out to sea with open eyes but your ears plugged with wax, or 2) tie yourself to the mast, blindfolded, and let the song wash over you as the ship sails ahead. For Walter Benjamin, these were the available options for living in the modern world. Haiduk seeks another way, drawing closer to the sirens.

This exhibition is co-commissioned by the Renaissance Society and the 14th Istanbul Biennial SALTWATER: a Theory of Thought Forms. 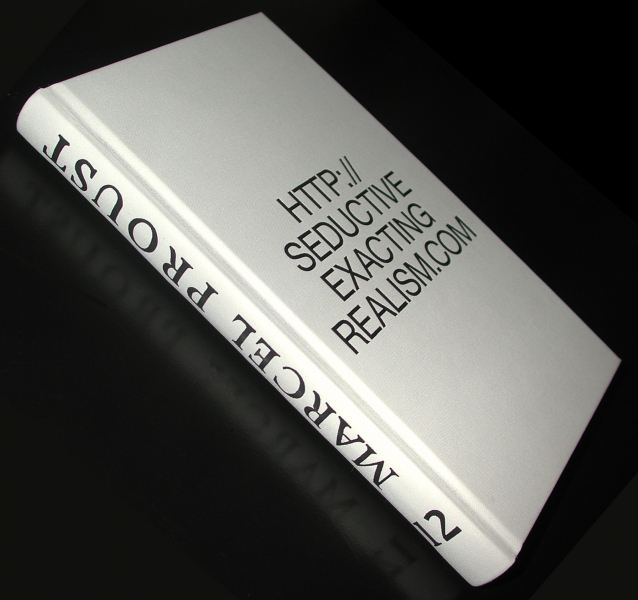 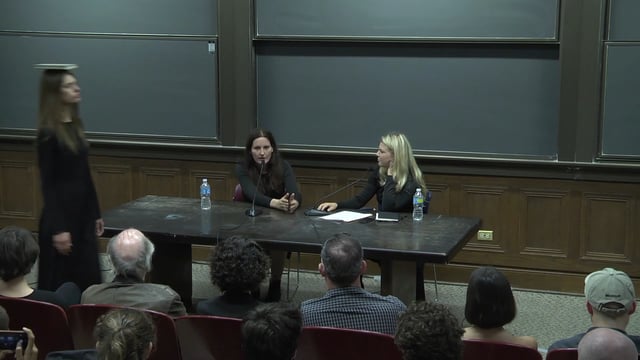