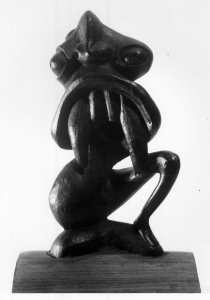 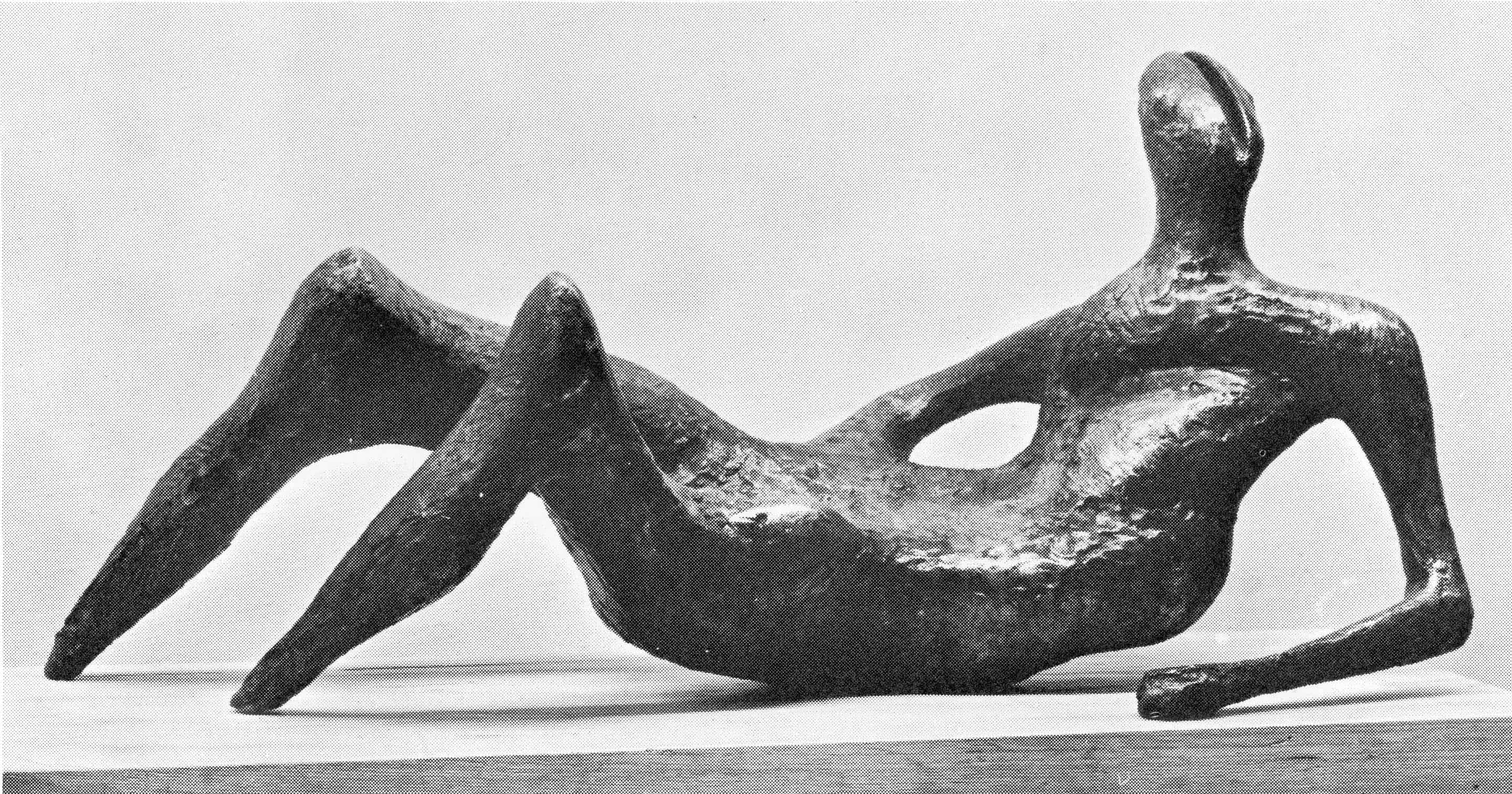 On the occasion of the unveiling of Nuclear Energy, the monumental bronze sculpture created by Henry Moore for the University of Chicago to commemorate the first nuclear chain reaction, this exhibition of Mr. Moore’s sculpture and drawings was assembled to honor the sculptor. It came entirely from collections in Chicago and vicinity and was organized by Joseph Randall Shapiro for The Renaissance Society and the Committee for the 25th Anniversary Observance of the First Nuclear Chain Reaction.

The exhibition was held at The Renaissance Society and the University of Chicago School of Social Service Administration Building, 969 East 60th St.

Text by Henry Moore from the exhibition catalog:

You see, I think a scupltor is a person who is interested in the shape of things. A poet is somebody who is interested in or obsessed by sounds. But a sculptor is a person obsessed with the form and the shape of things, and its not just the shape of any one thing, but the shape of anything and everything; the growth in a flower; the hard, tense, strength, although delicate form of a bone; the strong, solid fleshiness of a beech tree trunk. All these things are just as much a lesson to a sculptor as a pretty girl—as a young girl’s figure—and so on. They’re all part of the experience of form and therefore, in my opinion, everything, every shape, every bit of natural form, animals, people, pebbles, shells, anything you like are all things that can help you make a sculpture. And for me, I collect odd bits of driftwood—anything I find that has a shape that interests me—and keep it around in that little studio so that if any day I go in there, or evening, within five or ten minutes of being in that little room there will be something that I can pick up and look at that would give me a start for a new idea. This is why I like leaving all those odds and ends around in a small studio—to start off with an idea.

One of the things I would like to think my sculpture has is a force, is a strength, is a life, a vitality from inside it, so that you have a sense that the firm is pressing from inside trying to burst or trying to give off the strength from inside itself, rather than having something which is just shaped from outside and stopped. It’s as though you have something trying to make itself come to a shape from inside itself. This is, perhaps, what makes me interested in bones as much as in flesh because the bone is the inner structure of all living form. It’s the bone that pushes out from inside; as you bend your leg the knee gets tautness over it, and it’s there that the movement and energy come from. If you clench a knuckle, you clench a fist, you get in that sense the bones, the knuckles pushing through, giving a force that if you open your hand and just have it relaxed you don’t feel. And so the knee, the shoulder, the skull, the forehead, the part where from inside you get a sense of pressure of the bones outwards—these for me are the key points.

You can then, as it were, between those key points have a slack part, as you might between the bridge of a drapery and the hollow of it, so that in this way you get a feeling that the form is all inside it, and this is what also makes me think that I prefer hard form to soft form. For me, sculpture should have a hardness, and because I think sculpture should have a hardness fundamentally I really like carving better than I like modelling. Although I do bronzes, I make the original which is turned into bronze in plaster, and although anyone can build a plaster up as soft mixture, that mixture hardens and I then file it and chop it and mkae it have its final shape as hard plaster, not as a soft material.

You see, there is a difference between scale and size. A small sculpture only three of four inches big can have about it a monumental scale, so that if you photographed it against a blank wall in which you had nothing to refer it to but itself—or you photographed it against the sky against infinite distance—a small thing only a few inches big might seem, if it has a monumental scale, to be any size. Now this is a quality that I personally think all really great sculpture has its a quality which, for me, all the great painters have—Rubens, Masaccio, Michaelangelo—all the great painters, artists, and sculptors have this monumental sense. Perhaps it’s because they don’t allow detail to become important in itself, that is, they always keep the big things in their proper relationship and the detail is always subservient. I don’t know what does it, but something….that is, an artist can have a monumental sense, and it’s a very rare thing to have; what I’m saying is that it doesn’t come from actual physical size. When the work has this monumentality about it, then you can enlarge it almost to any size you like, and it will be all right; it will be correct. But in doing it, if a thing becomes bigger than life-size, then as you stand and look at it, the angle that you might look at the head will be different from what you’d look at if it were small. Therefore it might need some alteration to give you the same feeling that you’d get from it if it were a different size. As you make a thing bigger or smaller, you alter to keep true to the mental vision you had of it. But I don’t know; I can’t explain what it is that gives monumental scale to something. I think its an inate vision, a mental thing rather than a physical thing. It’s in the mind rather than in the material.

In trying to analyse what this big scale in a work comes from, perhaps it is having an instinct so that the sculptor never forgets the big relevance of things, and no matter what amount of detail he puts into it, it is always subservient to the big general design of his form.