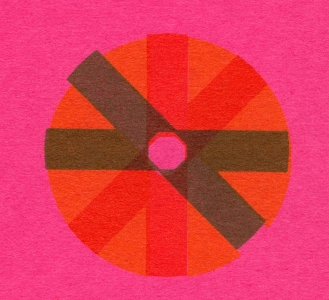 In recent years there has been an increasing awareness and appreciation of the ancient art of the Americas. This show is a limited representation of the art of Pre-Columbian American cultures of Mesoameria, an art that spans the period from approximately 1000 B.C. to the time of the Spanish conquest. Apart from textiles from Peru, this showing inludes only material from Mexico, although the Mayan culture also extended into Guatemala. An independent set of high cultures existed in South America, and to a lesser extent, in Central America. The level of civilization, though technically neolithic (metal was not used for tools) was much too advanced to label the art “primitive.” Monumental art and architecture was developed by the Maya and their followers up to the Aztec culture existing at the time of the conquest. Large scale fresco painting was well developed , as was fine wood and textile work, almost none of which has survived the region’s humid climate. The wheel was unknown, so all pottery was hand-formed. Even the earliest cultures such as the Olmec had masters of stone and jade carving. The Spanish conquest destroyed the remaining elements of a great culture and put an end to this art tradition.

The exhibition is organized by Julian R. Goldsmith.

No photographic documentation of this exhibition exists. 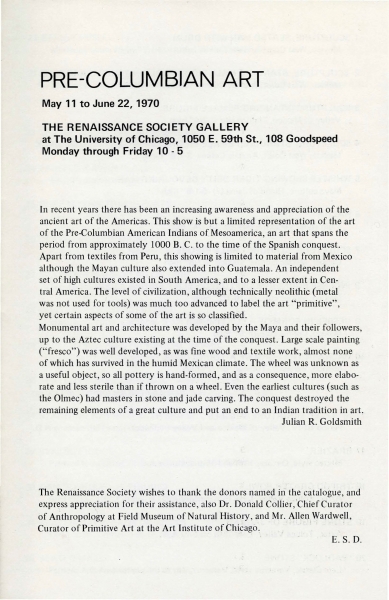