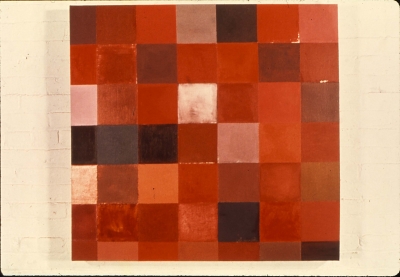 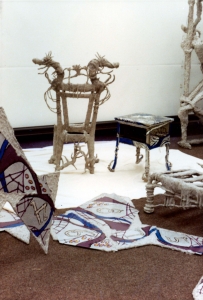 An Environment: Sanctioned and Sanctuary 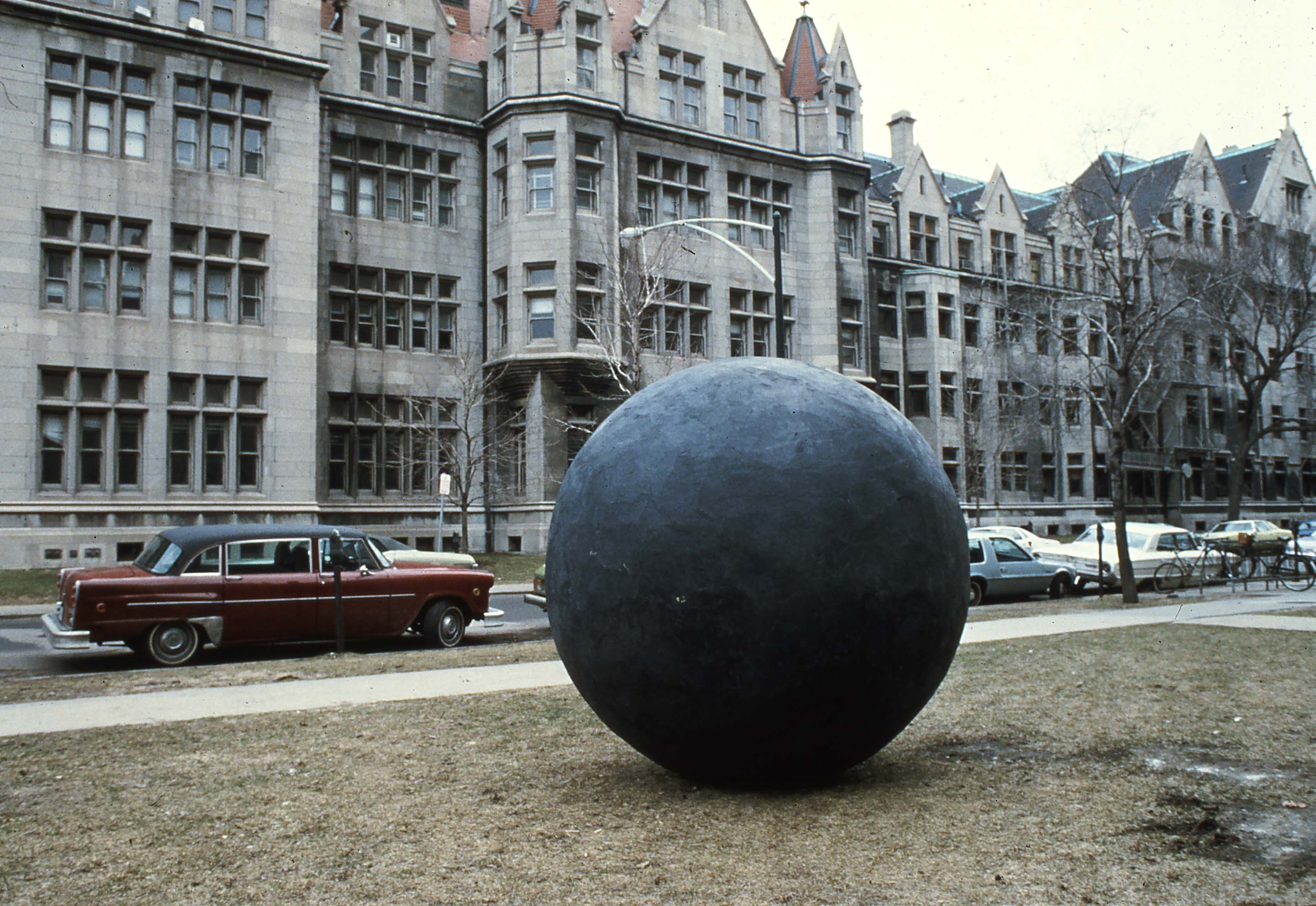 Jene Highstein’s Black Sphere, 1976 was installed in front of the Brain Research Pavillion, Billings Hospital, 5812 South Ellis Avenue, across the street from the Renaissance Society. This will be a permanent installation.

Black Sphere, is one of a series of large-scale sculptures executed by Highstein between 1976-77. Each of the works in this series is black, essentially round in form, constructed of cement supported by a wooden or metal armature and approximately six feet in diameter. This particular sphere is 6’, 4” in diameter and weighs approximately 3,000 lbs. The shape was attained by applying cement with a trowel to a spherical armature until a uniform surface is achieved.

While at first glance, Highstein’s simplicity might seem to associate him wiith the Minimalist approach to sculpture, he differs significantly. In contrast to their geometric, rectilinear, and frequently factory-made forms, Highstein’s works are irregular and hand-formed. Highstein states, “The square is an ideal form…and I don’t want to work with ideal forms. When you look at a cube and recognize it as such, you’re already aware of what the other side will be like. When you look at a curved form you’re not certain what the other side will be like…. I deal with a spatial reality that can’t be grasped in its totality…” (Jene Highstein, France: Musee ‘art et d’industrie, 1978.)