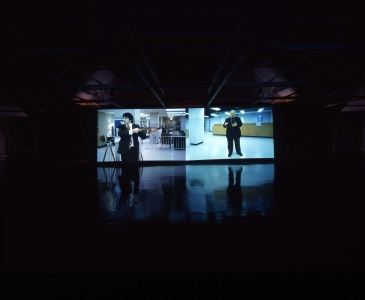 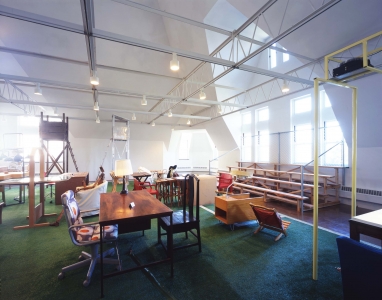 Franz WestPre-Semblance and The Everyday 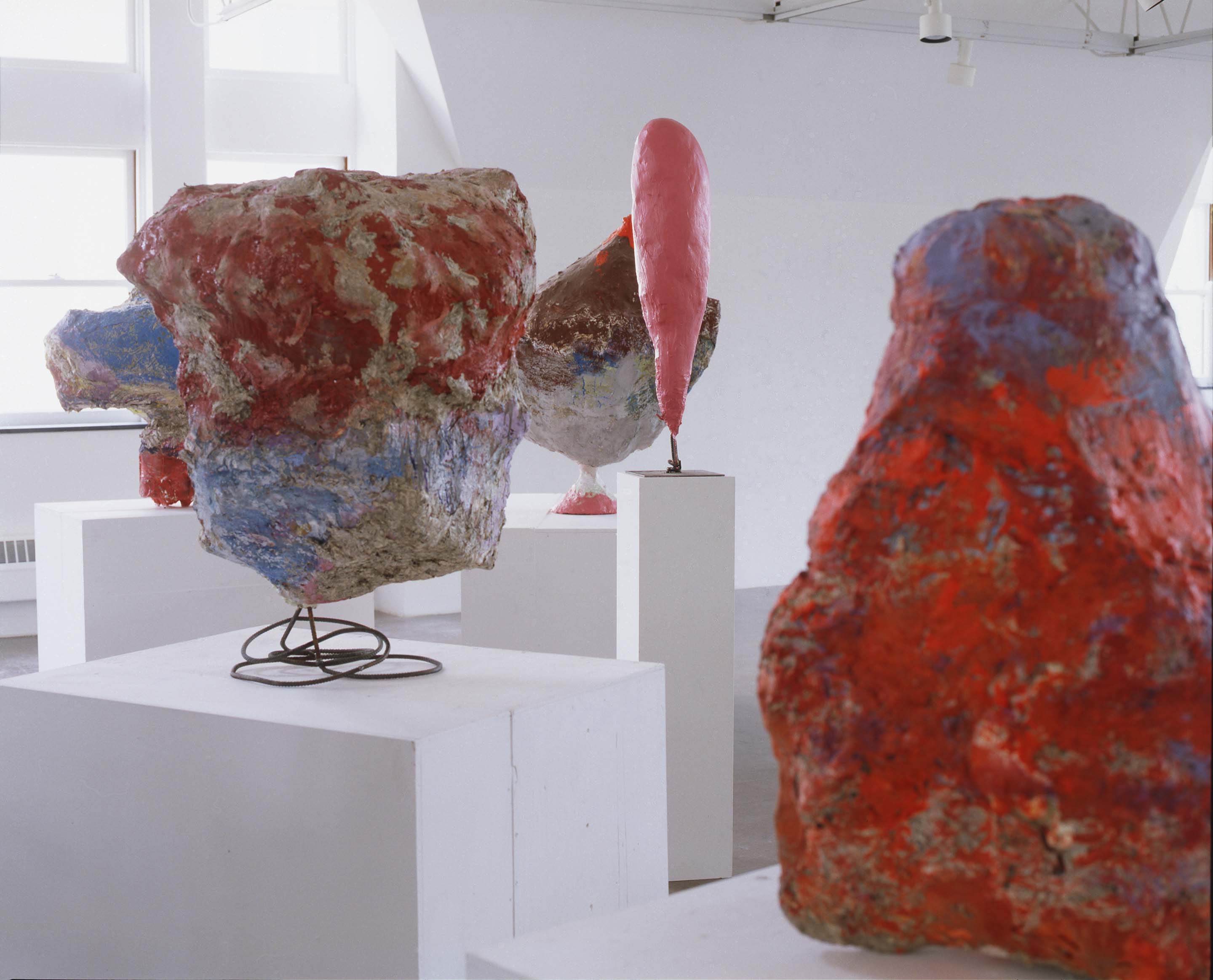 For his Midwest museum debut, Viennese artist Franz West, has produced a body of new sculpture and collage work that continues his ongoing project of blurring the boundaries between art and functional objects, a preoccupation of his work since the 1970s.

West came to prominence in the mid-1970s with a body of plaster-slathered, papier-mâché forms he termed Passstücke, or Adaptives. These delightfully garish, awkward forms could be viewed as autonomous pedesta works, or grasped, hugged, cradled or wielded as an extension of the body. Although West’s work has always trafficked between the formal and the functional, mediating the relationship between people and things, it wasn’t until the early 1980s, with the incorporation of furniture into his work that West would reveal an interest in mediating social relations. Throughout the 1980s, West’s exhibitions were a varied mixture of autonomous art objects, Passstücke, and furniture designed by the artist.

For “Pre-semblance and The Everyday,” West supplants the functionality of his Passstücke with a cerebral, associative sensibility. The new sculptures are larger, sensuously tactile works based on evocative archetypal forms. West based them upon the immediate environment surrounding his studio , inscribing them with a sense of his everyday life.

Throughout his career, West has produced collages using junk mail. West’s new collages, collectively entitled “Homepage,” are his conception of what the national website for Austria might look like. Alternately humorous and unsettling, “Homepage” is a Freudian romp, as fashion, flesh, and wiener schnitzel phalluses form the basis of a thoroughly desublimated commodity fetishism.

Pre-Semblance and the Everyday: Works in Exhibitio...