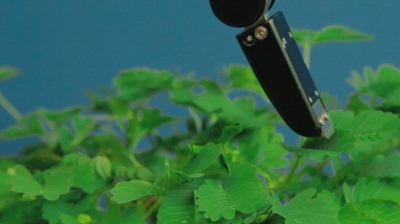 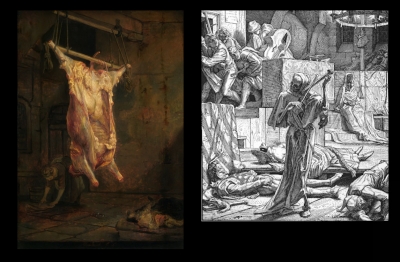 Max GuyBut tell me, is it a civilized country?

The Witch of the North seemed to think for a time, with her head bowed and her eyes upon the ground. Then she looked up and said, “I do not know where Kansas is, for I have never heard that country mentioned before. But tell me, is it a civilized country?”

“Then that accounts for it. In the civilized countries I believe there are no witches left, nor wizards, nor sorceresses, nor magicians….”

For his first museum solo exhibition, Chicago-based artist Max Guy presents an installation of new works centered on The Wizard of Oz. Dorothy’s journey from Kansas to the fantastical land of Oz and back again is a tale of slippage between worlds, imagining a reality with boundaries so porous one could be blown through them by a strong enough wind. Meanwhile, Oz itself embodies another kind of dual existence: as a highly developed fantasy world on its own narrative terms, and as a massively successful multimedia franchise that has deeply imprinted itself on the American cultural landscape.

Anchored in Chicago —where L. Frank Baum’s original novel was written and first published, and home to enduring monuments to Oz fandom—the exhibition bridges the parallel universes of the Emerald City and its birthplace, drawing out the traces each carries of the other. A number of latent currents course underneath: critical perspectives on Modernist urbanism, the peculiar products of fan culture, and the transformative power of storytelling and even the simplest acts of world-making.

Max Guy lives in Chicago. Guy works with paper, video, performance, assemblage and installation. He uses fast, ergonomic ways to make poetry of the world, filtering it through personal effects. Guy received his BFA in 2011 from Maryland Institute College of Art and his MFA in 2016 from Northwestern University. He has exhibited nationally and internationally, including at the Krannert Museum of Art (Urbana-Champaign); Museum of Contemporary Art, Chicago, Prairie Gallery, Produce Model, and Chicago Cultural Center (Chicago); Malmö Museum of Art (Malmo, Sweden); CAVE (Detroit); and Galeria Federico Vavassori (Milan, Italy).

But tell me, is it a civilized country? Gallery guide 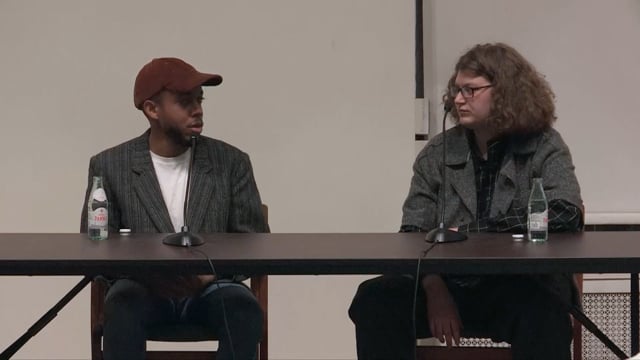 But tell me, is it a civilized country? Virtual ga...