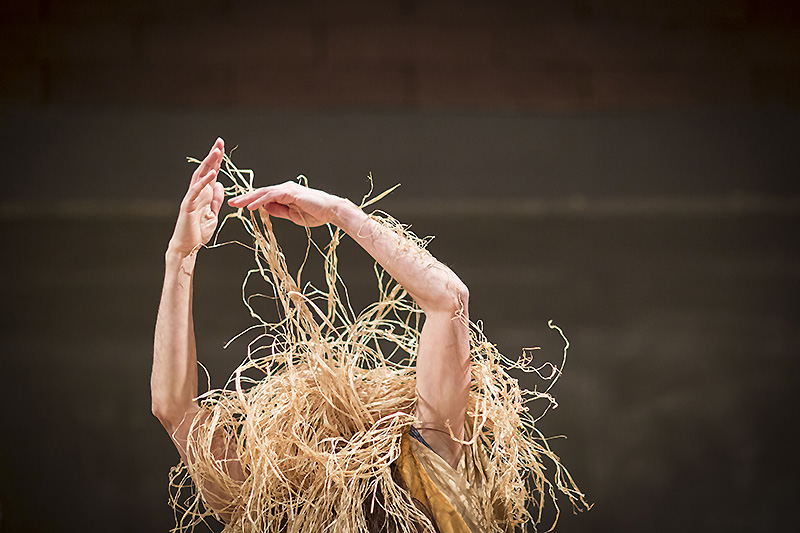 Since 2008, Chicago-based performance group Every house has a door has created dynamic, multi-faceted works that often draw out historically neglected subjects. Its founders Lin Hixson and Matthew Goulish frequently take on the respective roles of director and dramaturg, while working with a variable team of other artists—including occasional collaborations with Max Guy, whose solo exhibition But tell me, is it a civilized country? is currently on view at the Renaissance Society. Centered on the story of The Wizard of Oz, Guy’s work in the gallery finds a range of peculiar resonances with Scarecrow, a performance developed by Every house in collaboration with Finnish artist Essi Kausalainen and others.

On the final weekend of Guy’s exhibition, the artist joins Hixson and Goulish in conversation to discuss their respective bodies of work as they intersect in and around the world of Oz.

Lin Hixson (director) and Matthew Goulish (dramaturg) co-founded Every house has a door in 2008, to convene diverse, inter-generational project-specific teams of specialists, including emerging as well as internationally recognized artists. Drawn to historically or critically neglected subjects, Every house creates performance works and performance-related projects in many media. Their performance works in collaboration with Helsinki-based artist Essi Kauslainen include Scarecrow (2017), and the multi-year Carnival of the Animals project, dedicated to endangered and extinct species. In 2022, the company co-published Selected Plays of Jay Wright Volumes 1 and 2 with Kenning Editions.